- Some Legend rank equipment does not have separate stats of its own.

- The separate stats of Legend items can be added by applying the stats extracted from other equipment, which is called the Ichor.

- Extracting Ichor succeeds by a low chance, and the equipment that had its stats extracted into an Ichor will disappear. 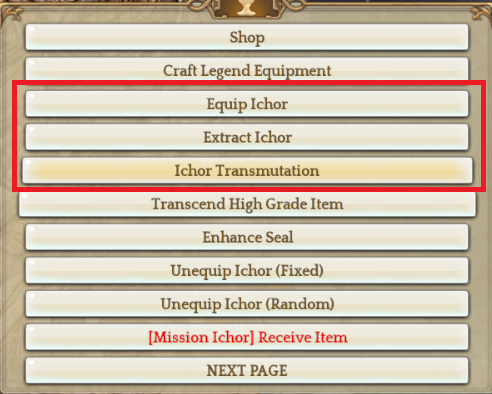 - Chance of extracting an Ichor is as follows:

- ‘Ichor Extraction Kit’ is sold by NPC Teliavelis at Fedimian.

- Equip the extracted Ichor on Legend equipment of the same part to apply the stats.

- Both ichors must be removed from the equipment separately after equipping on an item.

- When attempting to equip the same kind of ichor consecutively, the applied ichor stat will be changed to the latest ichor’s stat.

- Ichors can only be equipped on the same part of the equipment it was extracted from.

- You can remove the ichor applied to the Legend equipment by consuming [Ichor level x 100] silver. 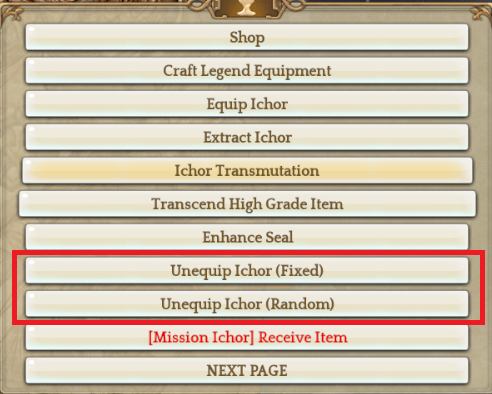 - Ichor that had its stat changed by applying another ichor over it can not be removed from the equipment. Please remember to remove the ichor currently equipped before adding a new ichor.

※ The above information may be subject to change with future updates.