-Gemstone Feud is a new PvP game mode available for characters of level 350 and over.
-You will compete with other players for points, which you can exchange for useful items.
-Gemstone Feud can only be entered solo and not as a party.
-The Gemstone Feud can be played only two times a day 21:00-21:15 and 21:20-21:35 (adjusted to each server's region time zone). 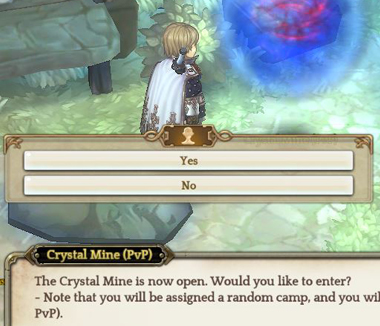 -Upon entering, your character will be randomly assigned to one of two camps.
-Your goal inside is to collect as many Gemstones as possible and exchange them for points at the NPC located in the map's starting point.

-To collect Gemstones, you can either defeat monsters or destroy crystal stones.
-You can also defeat players or the NPC of the opposing camp to steal their Gemstones.
-With every kill, you will gain a beneficial buff which stacks everytime you get a kill up to 50 times.
-When you are respawned after having been killed, you will gain a temporary buff that prevents you from losing your collected Gemstones. 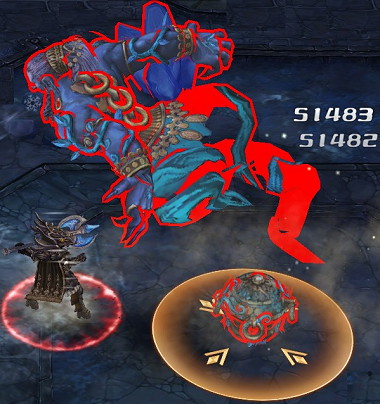 -The Gemstone Feud scoreboard displays the remaining time, the points each team has and the number of players in each team.
-Your personal score will also be displayed below the minimap and show your current Gemstone points and your total kill count.
-Gemstone Feud will end after 15 minutes and the camp with higher points becomes the winner.
-MVP's will be selected at the end of each session, each for users with the highest score and highest kill from both teams.