- When a guild reaches a certain level, the guild can open a Guild Hangout that can house its members and allow them to take part in various content such as farming and raising companions.

- When a guild reaches Lv. 5, the Guild Hangout becomes available, which can be accessed via the Guild Tower.
- The Guild Hangout has a garden and the two halls consisting of the first and second floors.
- There are NPCs you can interact with to purchase useful items or to take part in various guild content. 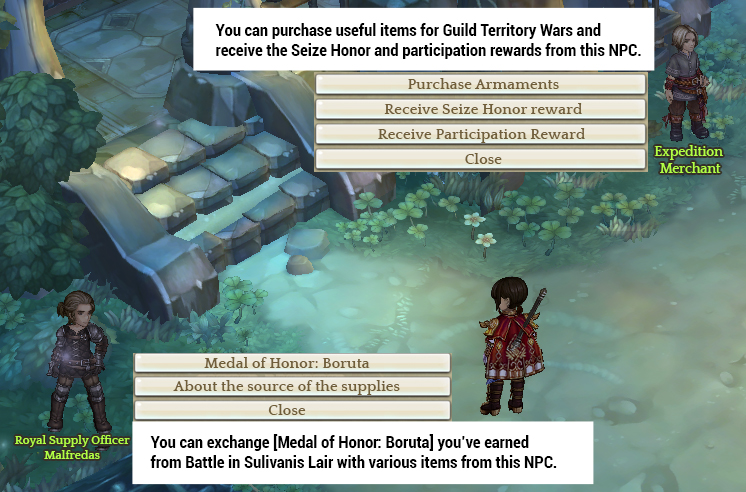 Hangout NPC's to the West 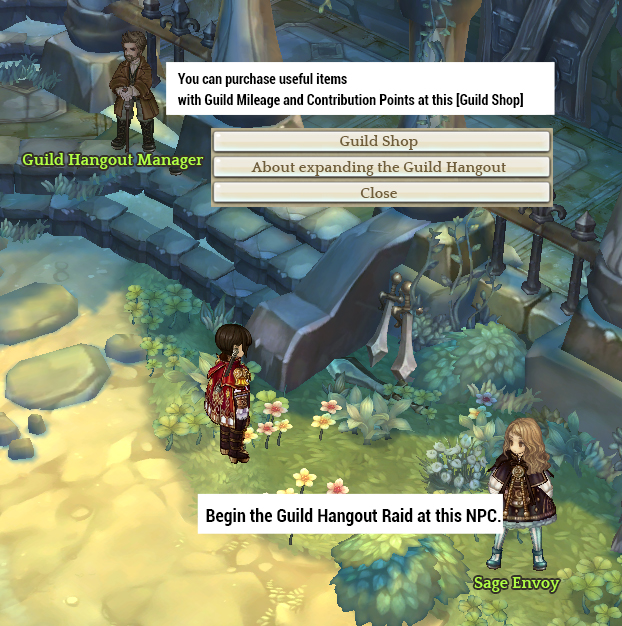 Hangout NPC's to the East 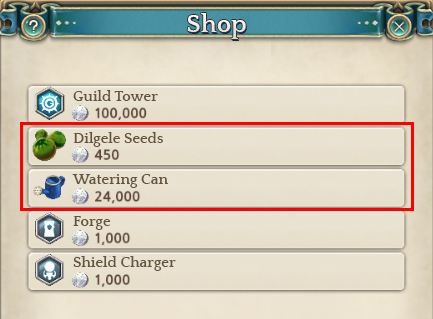 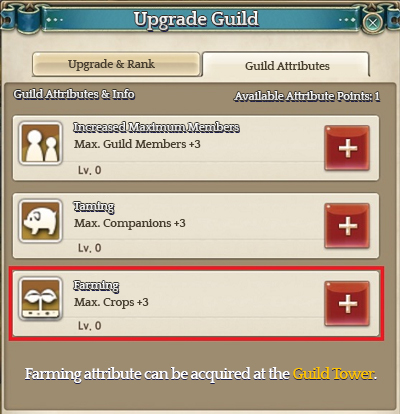 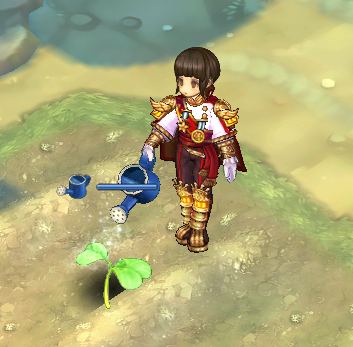 - You can use seeds to plant crops.
- Crops need to be watered and taken care of until they are ready to be harvested.
- Watering Can is sold by the Templar Master.
- You can use the Watering Can by pressing the 'C' key.
- Each crop takes 5 hours to fully grow up and be ready to harvest.
- Any member of the guild can harvest the crops and the harvested crops can be found in your inventory.

※ Important
- Crops will not wither away even when the water gauge reaches 0.
- If you water the crops 3 times while the water gauge is maxed, the roots rot away and the crops die.
- Dead crops count toward the total Guild crop count until they are removed manually by players.

- Guild Companions are hatched from eggs, which can be obtained by completing Guild Quests. 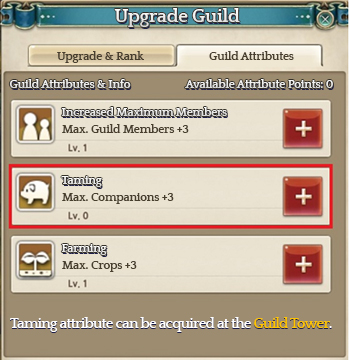 * Important
- Companions will not die even when their food guage reaches 0.
- Companion will die when fed 3 times while its food guage is maxed.
- Dead companions count toward the total Guild Companion count and must be removed manually by players.

- Guild Hangout can be expanded by meeting the following prerequisites. 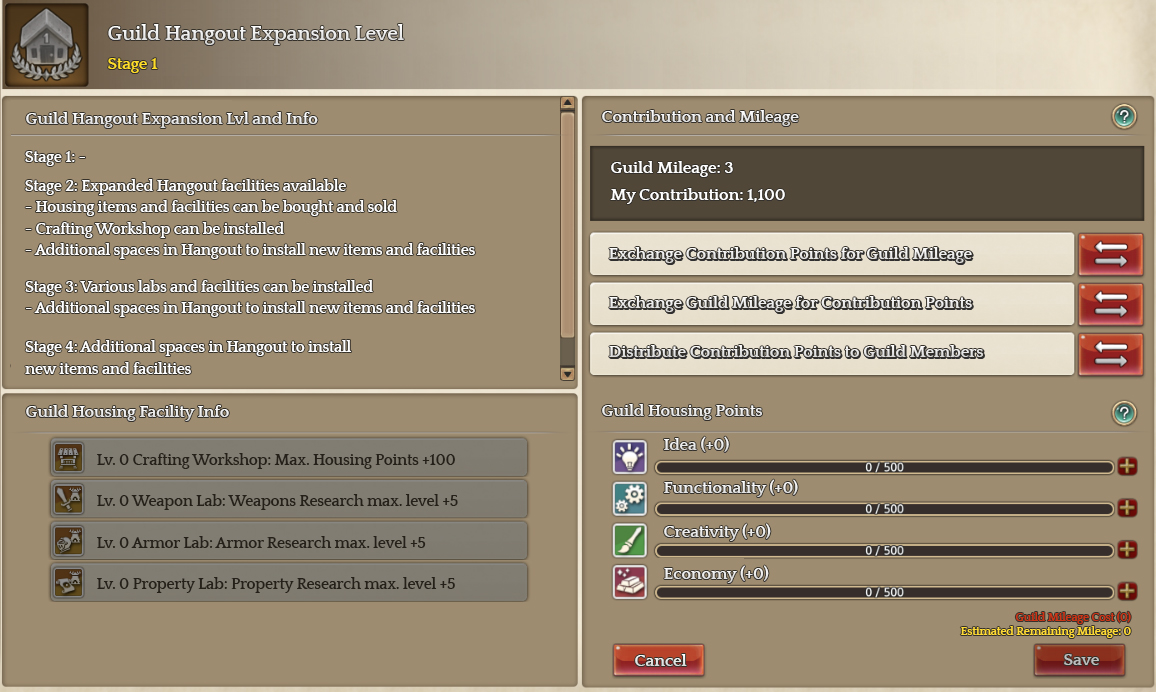 - The current state of Hangout expansion can be viewed on the Guild Info UI's Hangout Info tab.

- Guild Mileage can be converted to Housing Points in the Hangout Info UI. 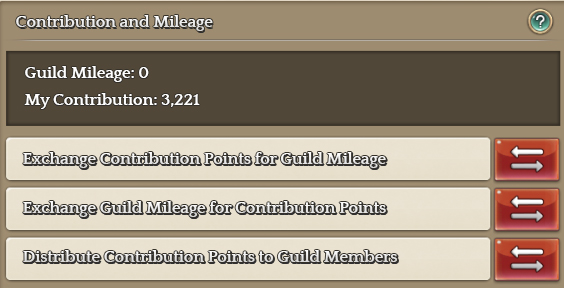 - You can use Guild Housing Points to purchase Housing Items and Facilities from the Hangout Manager NPC. 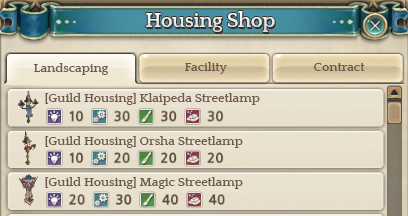 - Items purchased will be available in your character's inventory.

Installation of Housing Items and Facilities

- The Edit Mode icon is displayed when the Guild Hangout Expansion Level is 2 or above.
- Players can install, remove or relocate various Housing Items and Facilities by entering Edit Mode.
- Removing installed items and facilities will cost Guild Funds.

- Guild Labs can be installed in order to conduct various researches that yield beneficial effects once the Guild Hangout Level has reached 3.

- Guild Labs can be upgraded by interacting with the already installed facility.
- Upgrading a Lab will consume Guild Funds and Mileage. 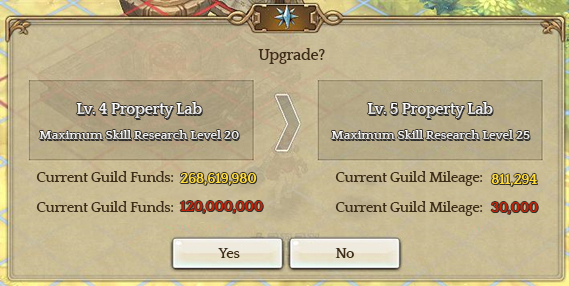 - The maximum Research Level that can be reached increases as the Lab is upgraded further.

- Research Level can be increased at the cost of Guild Funds.
- Labs provide beneficial buffs respective to the field of research, which can be activated Solo or for the entire Guild. 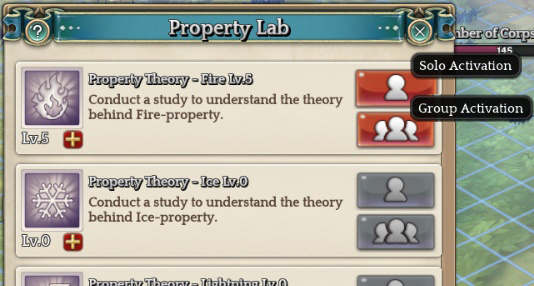 * Buffs provided through Guild Labs are not applied in PvP environments.

- Crafting Workshops can be installed when the Guild Hangout Level is 2 or above by spending Guild Funds and Mileage.
- Upgrading the Crafting Workshop increases the maximum amount of Housing Points that can be accumulated.

- Farming methods will differ as below depending on the Hangout Expansion level.