Just getting started? : Developing Your Character

- The effect increases according to the number of equipped cards and level.

- You can equip the cards to the [Monster Card] slot in the character inventory.

- Right-click on the card, or drag&drop the card to the slot. 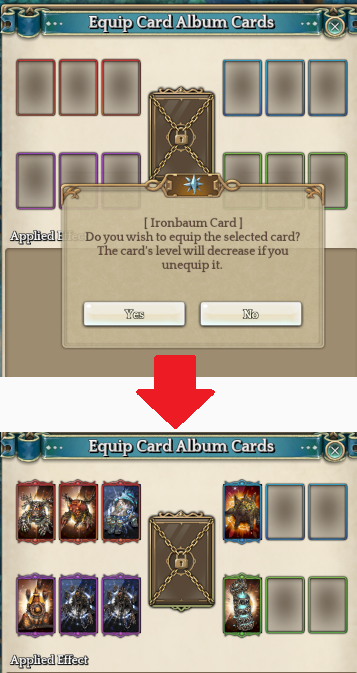 - You can check the effects of equipped Monster Cards. 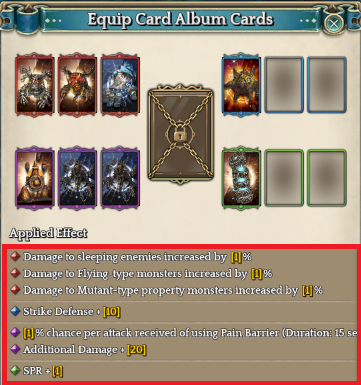 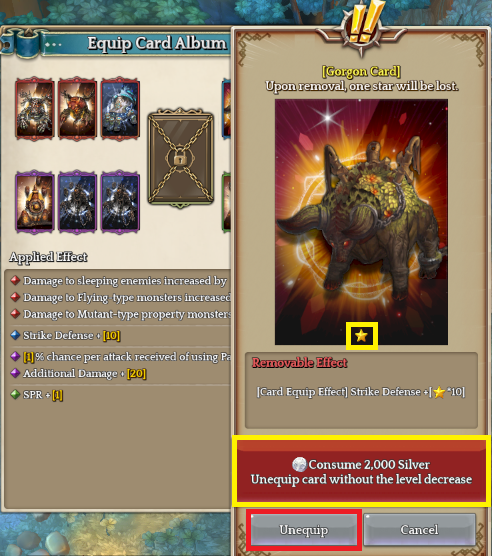 - You can unequip the card by right-clicking the registered card.

- The level of the card decreases by 1 when you click [Unequip].

- The level of the card won't decrease when you click [Unequip card without the level decrease]. (2,000 silver per card level)

-Target cards can be synthesized with other cards for more EXP and higher levels (★).

-Depending on the card's level (★) and the number of cards equipped, the card's effects will increase. 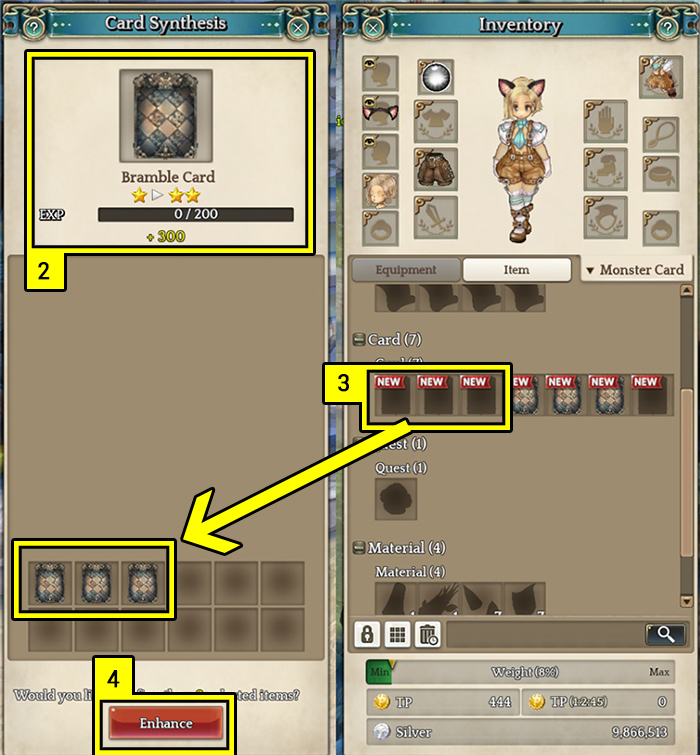 - Every Monster Cards is divided into 4 groups, Red, Blue, Green, and Purple.

- You can equip up to 3 Monster Cards per group.

- Some of Monster Cards' stat activates when the level of the card is over a certain level.

- Please refer to the detailed information of stats as follows.

- Card Album is a consumable item that you can use it to summon Lv.330 boss monster.

- Monster Card Album: Red/Blue/Green/Purple can be received by defeating monsters in Lv.100 or above fields or dungeon.

- Card Album can be used in fields, and cannot be used near goddess statues or other boss monsters. You cannot summon more than 5 monsters in a field.

- When you defeat the summoned boss monster, Monster Card of the boss monster or Enhancement Card: 100 will be given by chance. 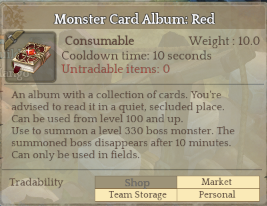 [Monsters that appear in the Card] 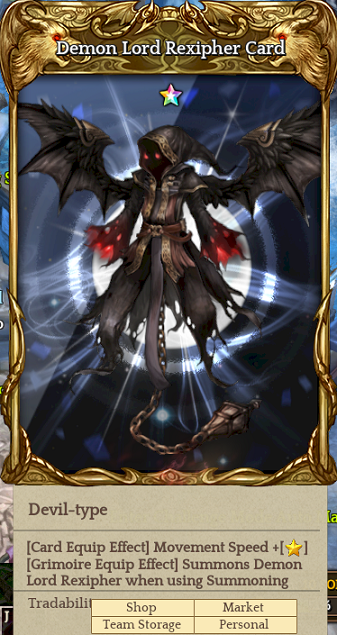 - Legend Card can be received from various content such as advanced field boss, guild quest, and unique raid dungeon. 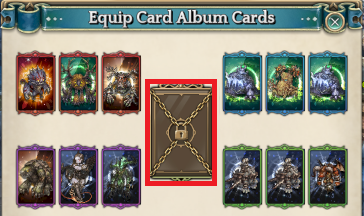 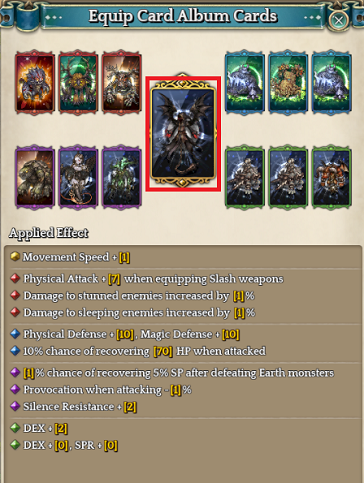 - Only 1 Legend Card can be equipped. 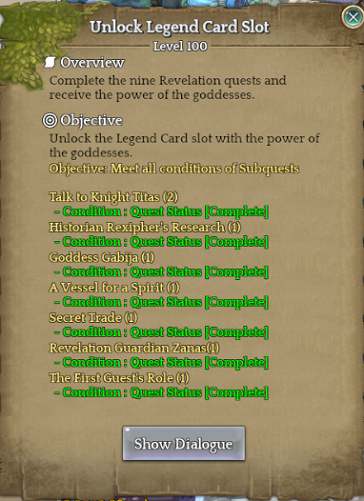 - In order to unlock the slot, you need to clear the 'Unlock Legend Card Slot' quest.

- Quest can be cleared once per character, and only the character who has cleared the quest can unlock the Card Slot.

- Legend Card can be enhanced by Enhance Advanced Card system.

- Legend Card's Success/Fail/Destory is determined according to the level and grade of 4 material cards.

▶ Registering 4 materials is not a must.

- When failing on enhancing Legend Card with 6 stars or above, Legend Enhancement Card will be given according to the destroyed Legend Card's level.

- Legend Enhancement Card has 5 times more efficient than a normal card, 0.5 times more than Legend Card when registering as a material card.

- Legend Enhancement Cards can be upgraded through regular cards.

▶ However, these cards can only be used to enhance Legend Cards. They cannot be equipped or used as fodder for regular cards. 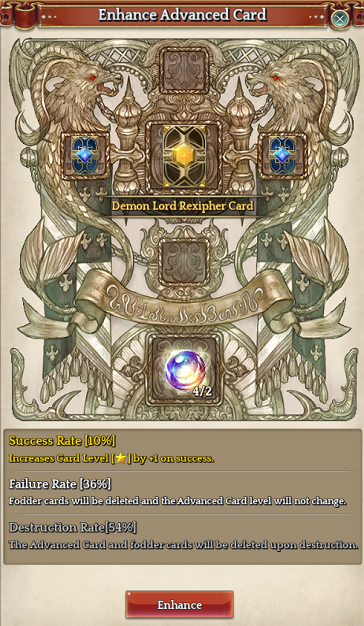 - Number of Belorb needed for enhancing differs according to the level of Legend Card you register, and you can purchase the Belorb from Magic Association NPC in Klaipeda/Orsha.

- Material item and Belorb used for enhancing the Legend Card will be deleted regardless of the result.

▶ Number of Belorb needed for enhancing differs according to the level of Legend Card you register.

※ Item used for the material of enhancing Legend Card cannot be restored.

- When unequipping the Legend Card, the level of the card decreases.

- ‘Consume 10,000 silver unequip card without the level decrease' will prevent decreasing the level.

- Special Summoning effect will be applied when using Summoning skill with Legend Card.

※ The contents may change due to the update.