Just getting started? : Developing Your Character

- You can equip gems in the socket of the equipment.

- Effect differs by gem, and you can become stronger by equipping the gem that suits your character.

- Gems are items that, can be attached to equipment to provide an effect.

- A gem's effects differ based on the type of gem and the equipment.

- Gem can be obtained by paying silver or Ancient Golden Coin to the [Kedora Alliance] NPC. 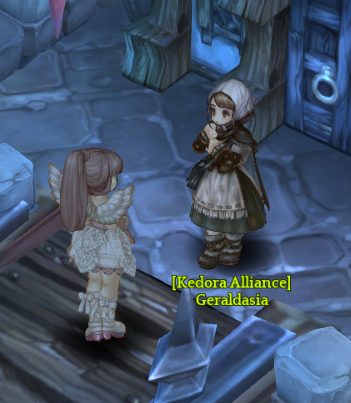 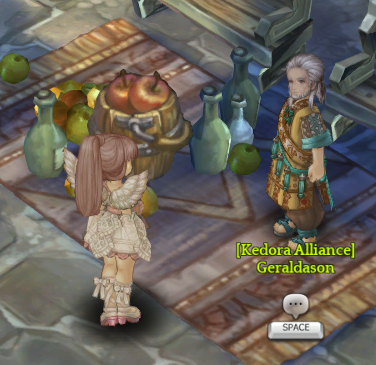 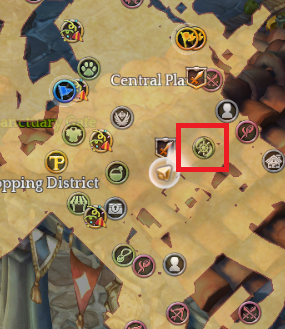 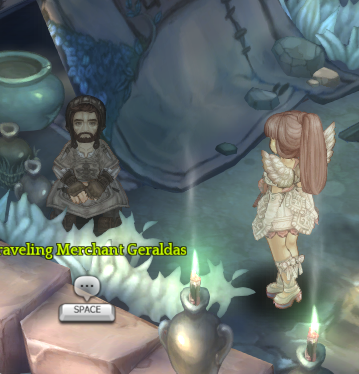 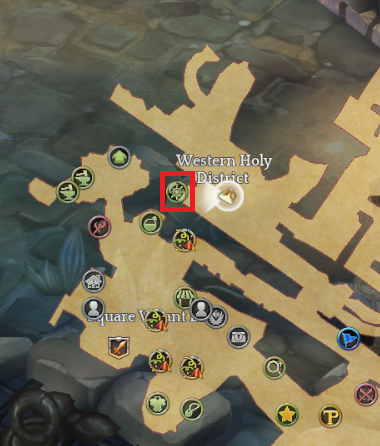 - Gems can be inserted into item sockets to give additional effects.

- If the item doesn't have a socket, you can ask the Blacksmith NPC to add sockets for you.

- Adding sockets will not only cost a fee but will also reduce the item's potential by 1.

Normal Gems: 1. You can obtain these gems from fighting monsters in dungeons. They can give additional items effects when equipped. 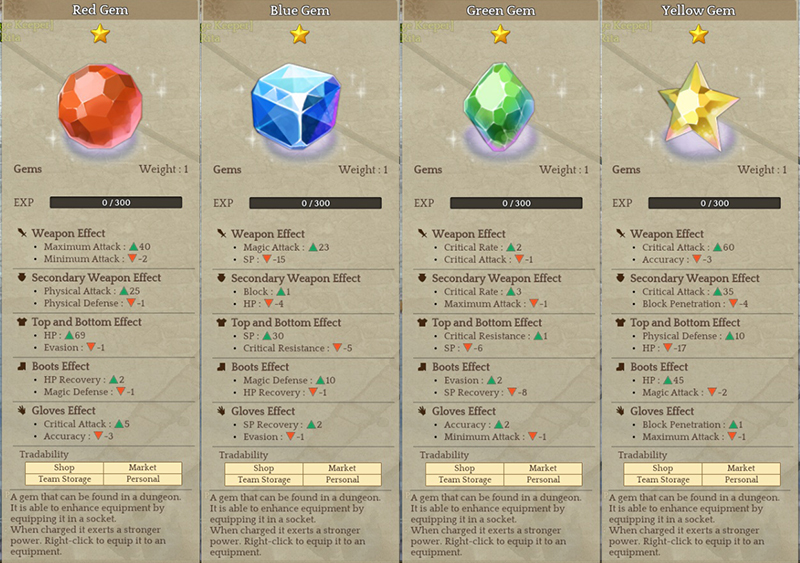 Monster Gems: You can obtain monster gems by defeating monsters. They have the effect of increasing certain skill levels when attached to equipment.

- Through gem enhancement, a gem's level can increase by filling its EXP.

[How to Enhance a Gem]

1. Drag the gem from your inventory to the Gem Enhancement menu and a section for item materials will appear.

2. Right-click on the item to register as a enhancement material from your inventory.

※ Items except for quest items can be used as material for enhancing a gem.

- Gems can be attached to the following 6 items: weapons, subweapons, top, bottom, shoes, and gloves.

- However, they can only be attached to items that have sockets.

- Right-click on the gem in the inventory to select the item you wish to attach the gem to.

- Gems can only be attached to items that have the same shape of sockets.

- You can check the attached gem in the item tooltip.

- Please be aware that right after selecting the item, the gem will be attached.

※ Gem effects differ according to the type of gem and the type of item the gem is attached to. 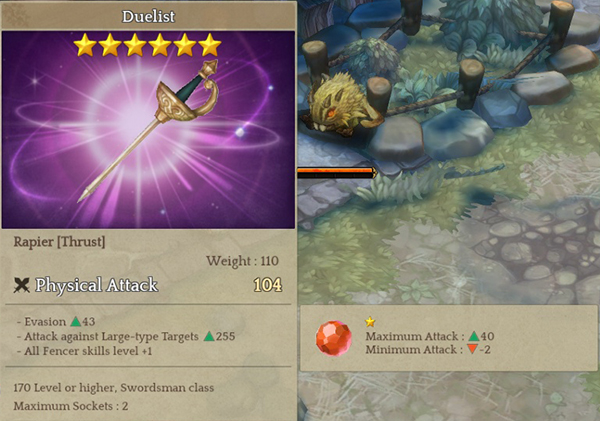 - You can extract the gems by talking to Blacksmith NPC - [Socket Management]. 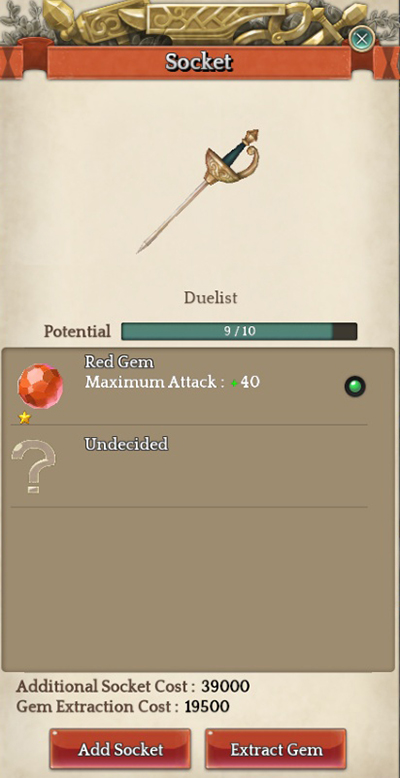 ※ Please be aware that the level of the gem will decrease instantly when extracting the gem.

- Lv.1 Gem will be destroyed when extracting it from the equipment. (same applies to the Monster Gem)

- You can apply gem by adding a socket to your equipment.

- Additional stat will be applied according to Gem's stat.

- Talk with the Blacksmith NPC to add sockets.

※ Keep in mind that depending on the item, sockets may not be added and the maximum amount of sockets may be different.

※ Adding sockets will reduce the item's potential by 1.

- Drag the item to the [Socket Management] UI, and click the [Add Socket] button to add a socket. 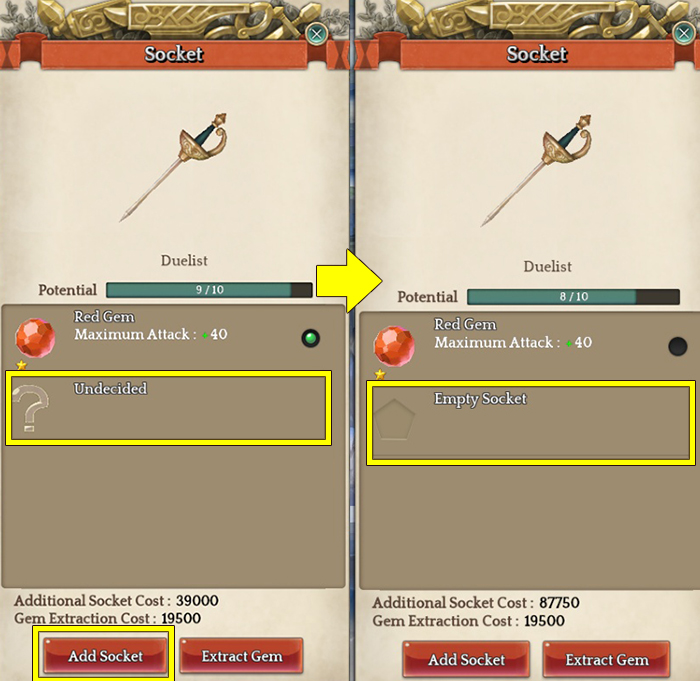 - You can have 1 free Gem draw via [Geraldasia] NPC in Klaipeda.

- Following item can be obtained by chance.

※ Gem Abrasive and Colored Gem Selection Box can be transferred only to Team Storage.

※ Chance to receive a skill gem in the type is equal.

(Chance to get class skill gem can be checked via Combine Skill Gem UI.)

- You can select 1 of skill gems by using Skill Gem Selection Box.