Official GTW Guide 1 – How to Play

Click the links below to read the other GTW guides. 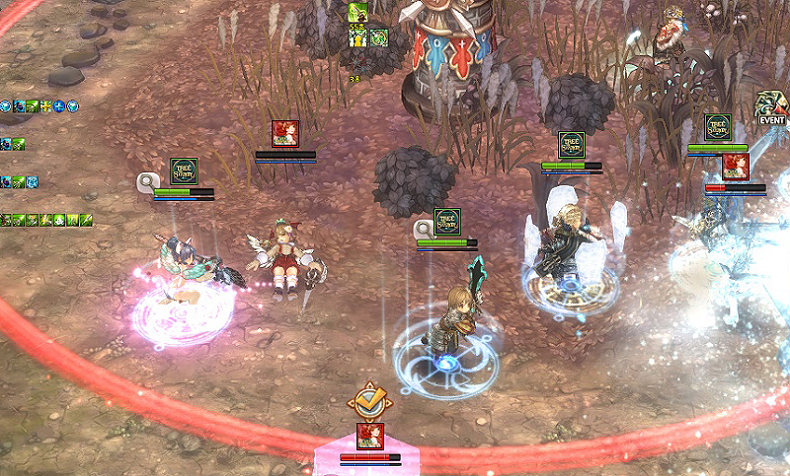 Guild Territory Wars (GTW) are a guild-oriented PvP game mode where guilds can battle each other to seize one of the game’s Spot Area maps. Winning at GTW comes with special perks and benefits which cement your guild’s influence and prestige.

GTW sessions happen every Sunday on the following schedule.

If your guild wants to participate in GTW, the guild master can change your participation options under the combat tab of the Guild window.

Note:
- Participation options can be changed by the guild master only.
- If participation is set to ON, the guild master cannot transfer their position to another member.
- Participation options cannot be changed from 5 minutes before a GTW session starts to 1 minute after it ends.
- If your guild is participating in GTW, joining, abandoning and disbanding the guild will not be possible during the session.
- Members who abandoned their previous guild less than 14 days in the past cannot participate in GTW sessions.

Spot Areas are the game maps your guild can try and seize during a GTW session. There are three Spot Areas available in the World Map.

To enter a Spot Area during a GTW session, use the green arrows in connected maps and select the ‘Territory Wars Location’ option. 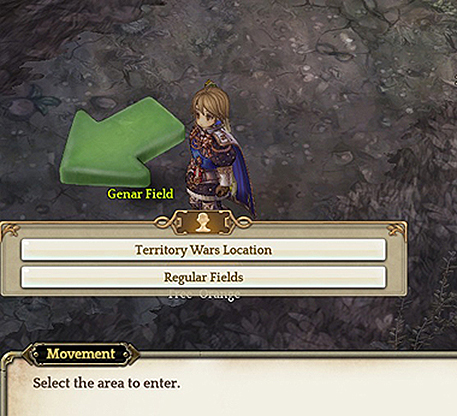 Once the session starts, all members of the participating guilds are allowed to enter the Spot Areas. Inside these maps, PvP combat is always available among competing guilds. 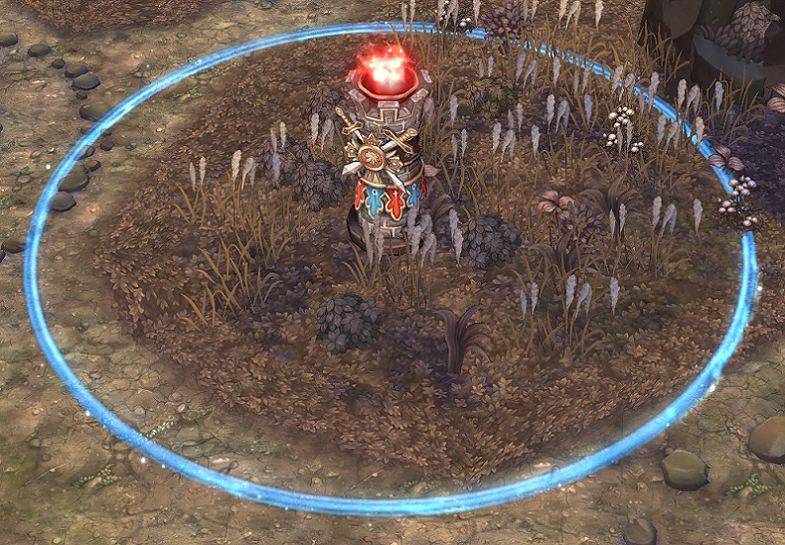 Inside each Spot Area there is a Territory Tower, around which guild members can either gain points or make the attacking guilds lose points. You can also gain points by destroying the Amplifiers that spawn around the map. 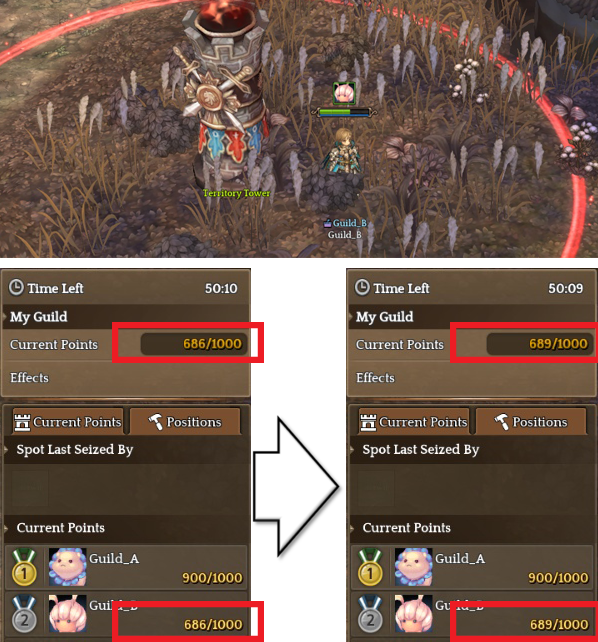 Members of attacking guilds (those trying to seize the Spot) can stand within the Tower perimeter to gain points for their guild. The number of points gained per second depends on the number of guild members around the Tower. 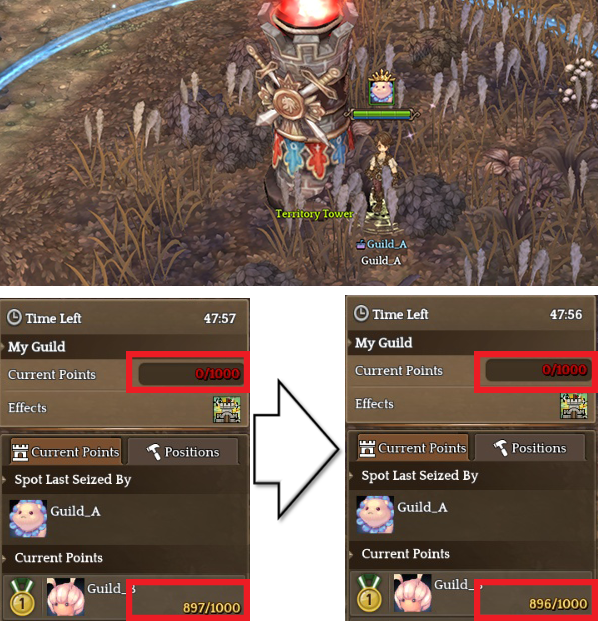 Members of the defending guild (the one currently holding the Spot) can stand within the Tower perimeter to reduce the points of the attacking guilds. The number of points reduced per second depends on the number of guild members around the Tower.

Once a guild succeeds in seizing a Spot, members of the other guilds are automatically sent to a nearby city after 5 seconds. The guild that holds the Spot by the end of the session can enjoy beneficial buffs within the Spot Area, with buff effects stacking according to the total amount of time that the Spot is held.

Territory Amplifiers are devices that spawn around a Spot Area. When an Amplifier is destroyed, the guild that dealt the last blow can receive +200 points and a beneficial buff effect. Amplifiers can be destroyed by both defending and attacking guilds, with the latter receiving both the points and the following effects.

Different types of Tree Root Crystals are randomly generated within the Spot Area. Each type gives you a different beneficial effect, according to its function.

Note:
- If you are already under the effect of one Crystal, other Crystal effects will not apply (the effects do not stack).
- Buff effects disappear if your character becomes incapable of combat.

At certain times during the session, a boss monster will appear in the Spot Area map. The guild that deals the last blow to it gets a special buff within the map. 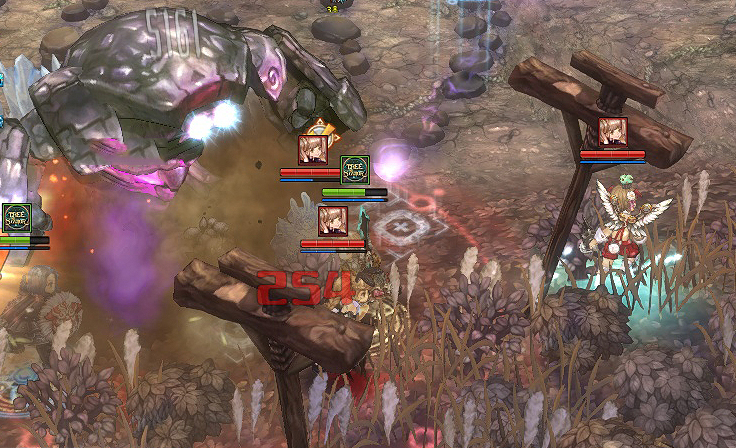 The Expedition Merchant NPC in your Guild Hangout sells GTW-exclusive items you can use strategically during the session (these can be used only inside Spot Areas, except for the Warp Scroll).

At the end of the session, the last guild to have seized the Spot is declared the winner, and the Spot Area closes after 1 minute.

The winning guild will appear on the World Map as the owner of the Spot Area until the beginning of the next GTW session.