This post will be all about the new content that's making its way to TOS with the [Re:Build] update. If you're interested in knowing how this update is going to change the rank system and other game features, make your way to our double post on that (click here for part 1). Otherwise, keep reading for more details on the new raids and items. 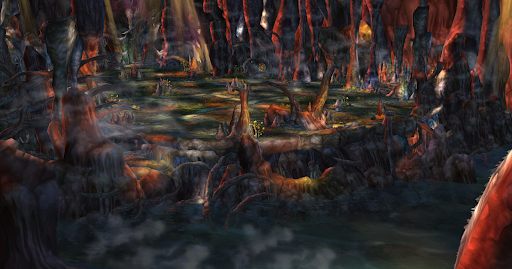 <View of the Slibinas Lair.>

Along with rank system changes, we are working on new game content where players can participate on a scale larger than ever before in TOS.

‘Borutos Kapas’ is a Lv 360 large-scale field raid. All eligible Saviors must join forces to stop the dragon Boruta from once again wreaking havoc on the Kingdom. In doing so, you can obtain new kinds of equipment, called ‘Seals’ and ‘Medals of Honor’, issued by the Kingdom in recognition of the contributions made in holding back Boruta’s reawakening. Stopping the almighty Boruta is not an easy task and you must be well equipped and well prepared in order to survive.

For millions of years, Boruta tried many times to return to the world to unleash his vengeance on those who shamed him, but had been held back under the watchful eyes of the goddesses. But now that the goddess’ powers have diminished significantly due to Medzio Diena, the treacherous Boruta begins to rear his head once more.

The story of dragon Boruta was only told through the books until now. Are you ready to face this legendary creature?

How to Obtain the Rewards

Players are rewarded on the basis of their contribution in suppressing Boruta’s reawakening. This reward issued to players is called the ‘Medal of Honor’, and the guild who made the greatest contribution overall can receive a new type of equipment called the ‘Seal’.

You can talk to Kupole Kaze located in the Vedas Plateau to find out how much contribution you and your guild have made in suppressing Boruta's reawakening. 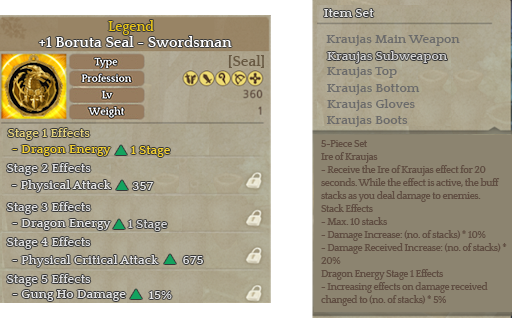 A new type of equipment called ‘Seal’ is introduced with the [Re:Build] update. This item will affect the skills for all five class trees and enhance the stats attached to Legend-grade items above Velcoffer. As an example, the damage received by the player under the Ire of Karujas effect will be reduced from 20% to 5%. 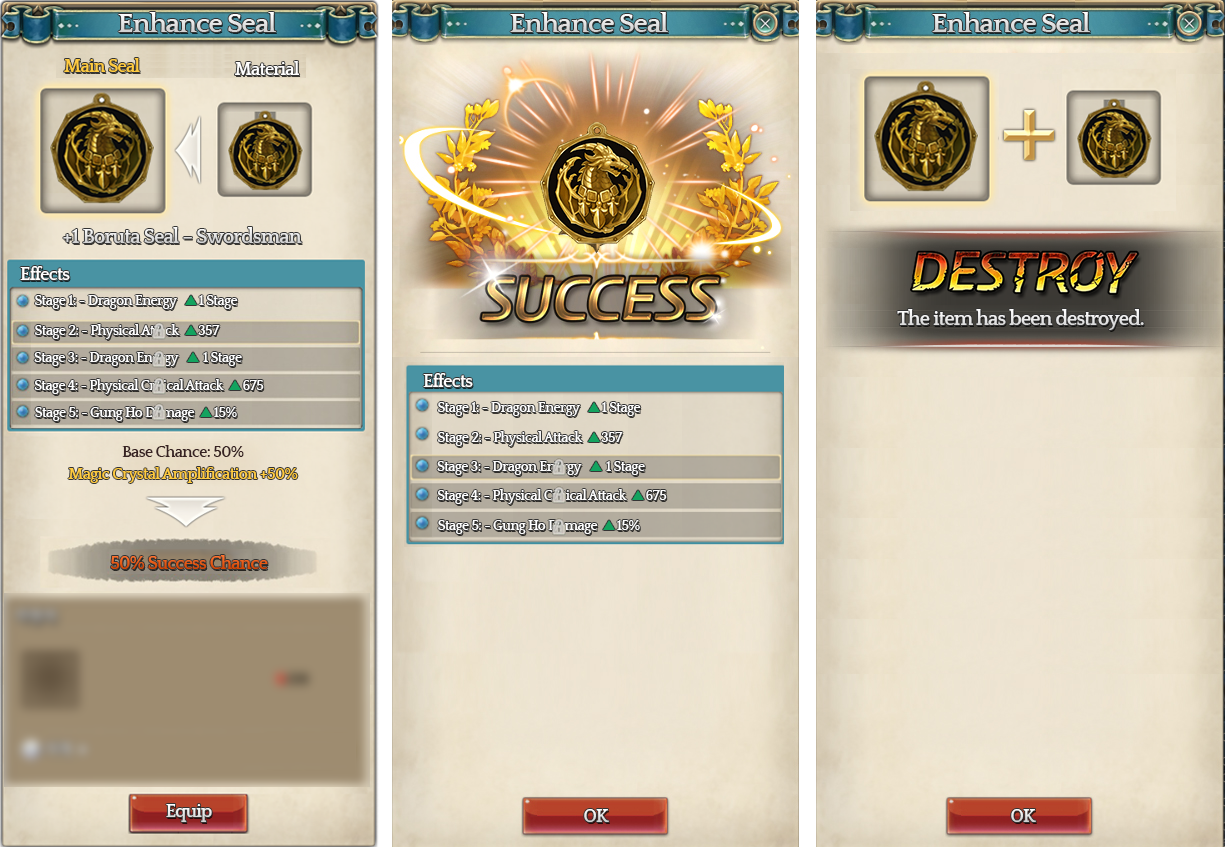 Seals can be enhanced by Blacksmith Teliavelis. To enhance a seal, two seals of the same grade and same enhancement level are required. Upon successful enhancement, the bonus stats inherent to the seal being upgraded will be activated.

The ‘Medal of Honor’ is given out by Kupole Kaze when your contribution points in suppressing Dragon Boruta have reached a certain level. These medals can be traded with the Merchant NPC in your Guild Hangout for special items. 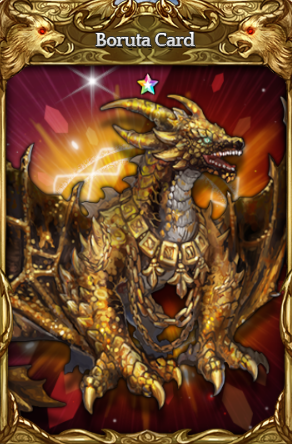 The Mark of Honor: Borutos Kapas

<A character wearing the Mark of Boruta.>

Boruta never forgets. When the Saviors join forces against him, he remembers those who scarred him the most in battle. All members of the guild that have the highest contribution points in the battle against the dragon will wear the Mark of Boruta.

The Mark of Boruta is in the shape of a dragon’s wings and will last for two weeks. As good as it looks, it also puts you and your allies in great peril as Boruta’s attention and hatred will be drawn towards those who wear the Mark.

To receive protection from Boruta’s wrath, players are required to have the ‘Urbas Insignia’. Giving the insignia to Kupole Kaze will help you withstand the damage lashed out by Boruta in Slibinas Lair. The effects of the insignia last until Boruta awakes the next day.

The ‘Urbas Insignia’ can be obtained by hunting monsters in an area of Lv. 330 or higher following the [Re:Build] update.

Boruta will attempt to spread his wings and escape from Slibinas Lair after a certain time has passed. When this happens, the Kupoles will attempt to stop Boruta from escaping. The Strike Force can assault Boruta any time to weaken him except when he is attempting to escape.

When Boruta awakes from his slumber, his longstanding hatred towards goddesses and humans causes the very unity between Saviors to falter. All characters not included in your guild become exposed to your attacks. 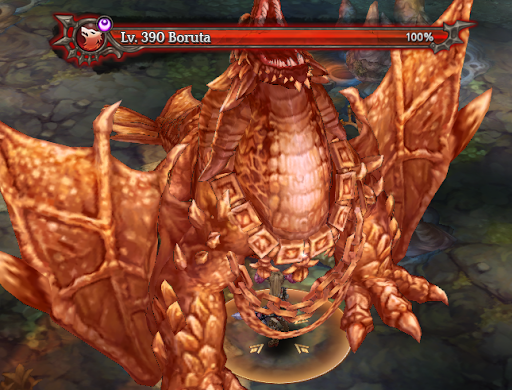 Boruta is a dragon of immense vitality and power. It takes more than a little preparation to face against such a strong beast.

Boruta’s intense malice will chase after you and attempt to steal your spirit.

In this location, the dragon’s roar awaits its next victim… 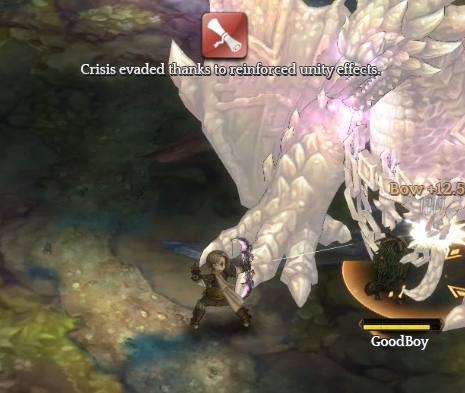 Companions and trusty summons will help protect you from Boruta’s hatred.

The Dragon Regains His Strength…

With the goddesses disappeared, as time passes Boruta will only become stronger and stronger.

However, even the ultimate monster is no match to those chosen by the goddess, if only they join forces to defeat this powerful beast.

Astral Tower Closed Quarters: What Are They?

The Closed Quarters are a new area with entrance located on the 4th floor of the Astral Tower.

Originally, there were several restricted sections in the Astral Tower. The one on 5F was closed off under Ignas’ command after he became head of the tower. 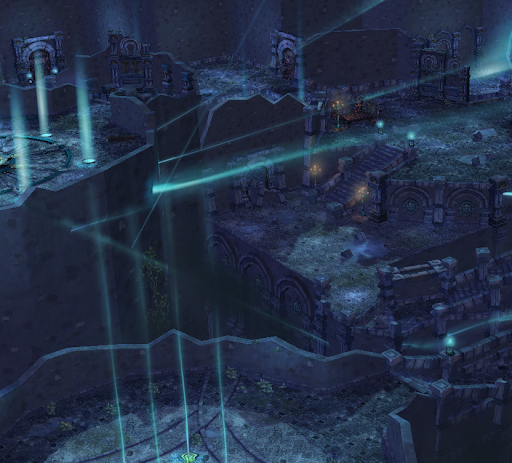 Unsatisfied with rising to leader of the Schaffenstar, not only did Ignas collude with the demons, he made secret attempts to reach otherworldly beings from his closed quarters.

In the Closed Quarters, you are accompanied by NPC Elder Ramunas, an ally with vast knowledge on the Astral Tower who will provide precious help during the raid.

Ignas is a clever man, and he’s laid out multiple barriers throughout the quarters to deter intruders.

Ignas’ closed quarters also include a series of power sources that keep those barriers running. In order to reach him, you will have to disable each one of the power sources, but there will be obstacles to your mission.

Besides his weapon specialization, Ignas is fast and very intelligent. He directs his attacks to whoever represents the biggest threat, and he has several traps set up to impede those who intrude in his space.

Not only that, despite having been overthrown by the resistance forces, Ignas is still followed by numerous subordinates who will do anything to stop you. 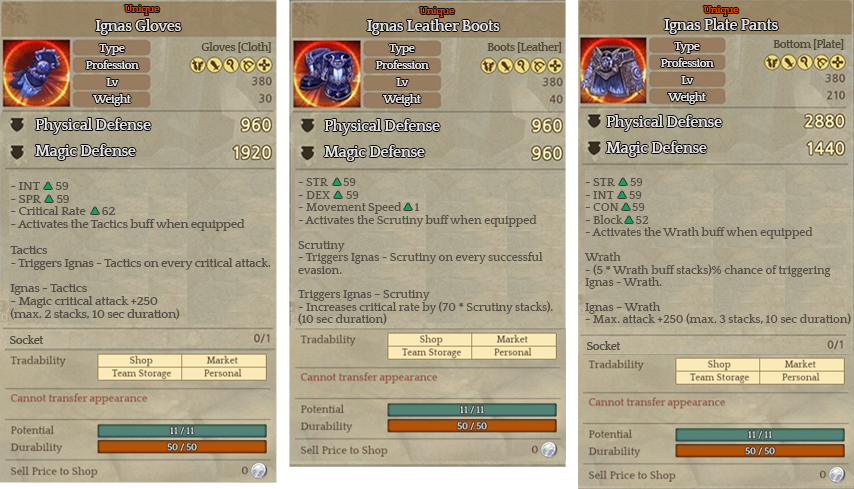 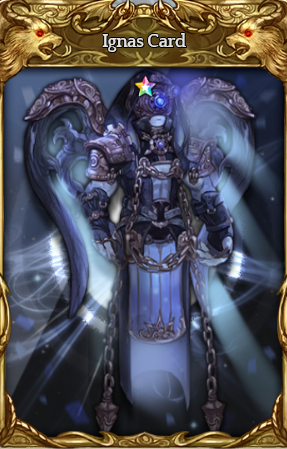 ※ Note that the above content is still under development and may be subject to changes before it is finally applied to the game.

That’s it for our detailed introduction to the main changes and additions coming to TOS with the [Re:Build] update! Next up, we’ll be discussing how the changes are going to be handled in-game and how players will be compensated for them, so keep following the blog for more information!