Greetings, Tree of Savior dev team here.
After our introduction of the new Wizard classes last week,
Today we’re bringing you a preview of what you can expect from Rank 8 Swordsman types. 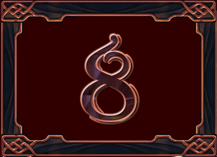 The team play aspect of the Dragoon class is reinforced in Circle 2.

​▲ With this new attribute, “Serpentine” gives a bonus of 100% to all melee physical attacks. We expect this attribute to be useful for parties where there is another warrior class character.

The new skill “Dethrone” is going to inflict occasional debuff effects on boss monsters by reducing their movement and attack speed. This skill will also give you three possible types of bonus according to monster size: “small”, “medium” or “big”; as well as bonuses specific to flying-type monsters. 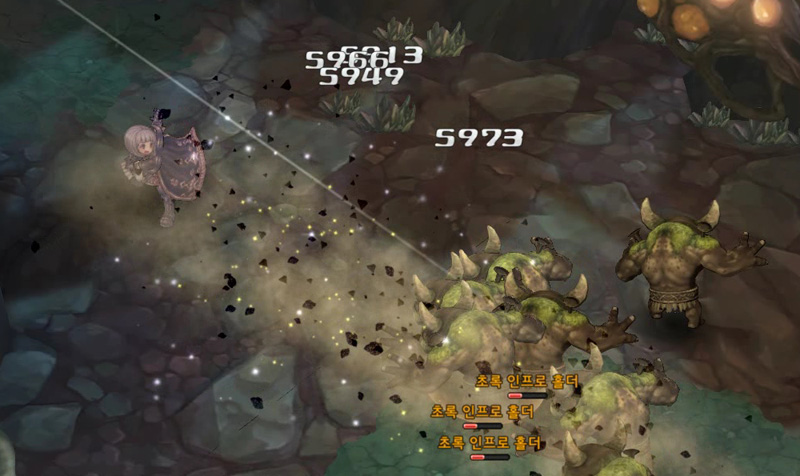 ​
▲ This skill works with both short and long ranges, meaning it can be used to slay multiple monsters at once or target opponents in PvP battles.

▲ With the attributes we’re adding to up the number of multiple hits in the skills Zucken and Redel, the Circle 3 Doppelsoeldner is going to be pulverizing enemies like a human blender. 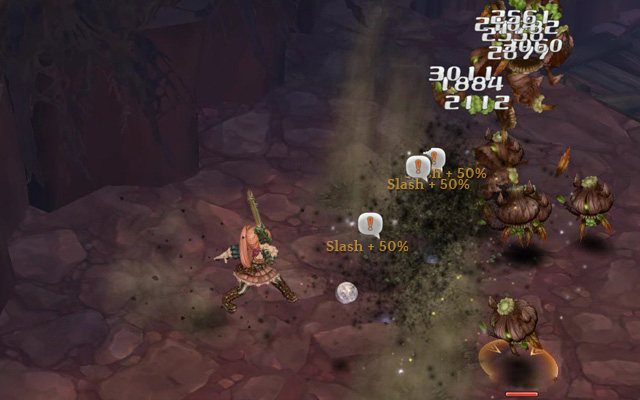 ▲ A new skill, “Zwerchhau”, adds a temporary bonus to slash attacks which, when used in conjunction with other techniques, can become a powerful grinding tool.

​
​▲ We’ll be introducing a new attribute for expanding the area of the “Punish” skill, used on knocked down enemies, as well as other attributes for upgrading lower-level skills.

Circle 3 Fencers will use their quick, consecutive attack style to build up on the power of earlier circles.
​

Fencers will be able to use the “Epee Stance” skill in Circle 3. This stance does come with its disadvantages, like neutralizing the effect of any shields equipped, but on the other hand…

… the “Epee Stance” dramatically increases the critical damage of pierce attacks in proportion to the skill level. 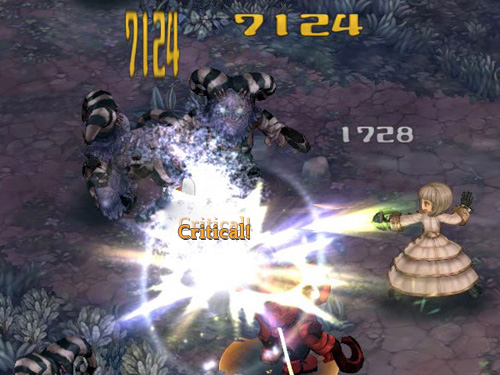 If the Doppelsoeldner is like a raging blender, the Fencer is more akin to an unstoppable sowing machine.

“Balestra Fente”, which temporarily reduces the critical resistance of enemies, is going to be useful for Fencers who invested their points in stats other than DEX. 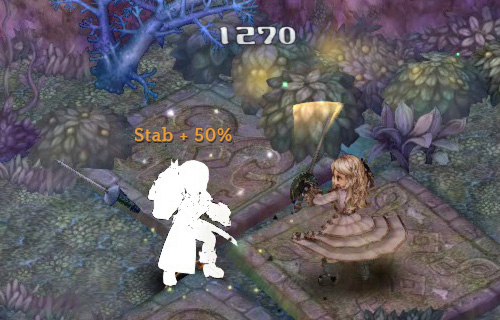 “Attaque au Fer” is a new skill that disarms PvP opponents, throwing their weapon to the ground. This skill makes it so that, until they pick up their weapon again, the opponent will not be under their effects.

Circle 2 Templars will be the class of choice for guild masters who wish to operate a battle-oriented guild. 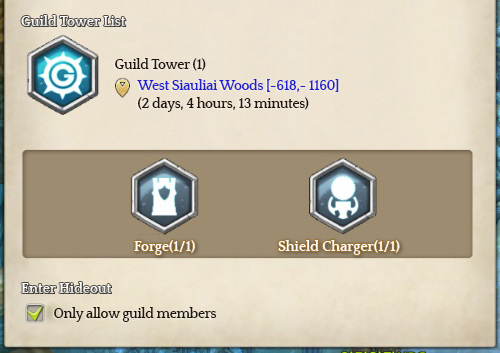 Circle 2 Templars are capable of setting up new structures in the Guild Hideouts. 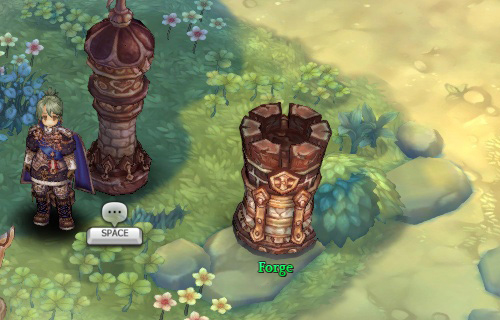 The “Forge” enhances the physical attack of guild members in proportion to how many are established.

Guild members who take the shield buff will receive a protective shield that protects their HP for as much shield they have taken and will not lose HP while that shield exists.

Only one guild member will be able to take this shield and will start to replenish from 0, so make sure that all the guild members have agreed to use it.

The shield is also usable during Regional Guild Battles. (However, it cannot be used in the Team Battle League.) 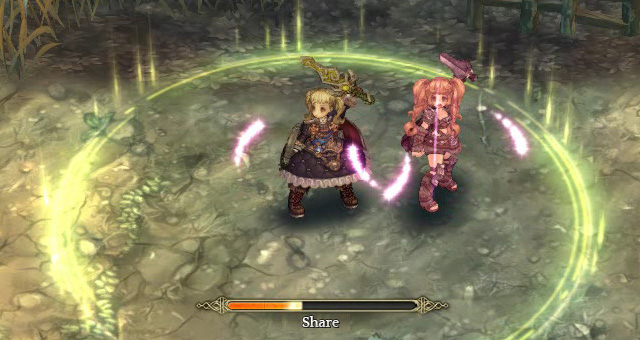 The new “Share Buff” skill allows guild members within range to share their buffs regardless of how many they have.

However, please note that the Templar will not be able to move while using this skill.

The Lancer, which first appears at Rank 8, is a cavalry class that has powerful anti-personnel skills. 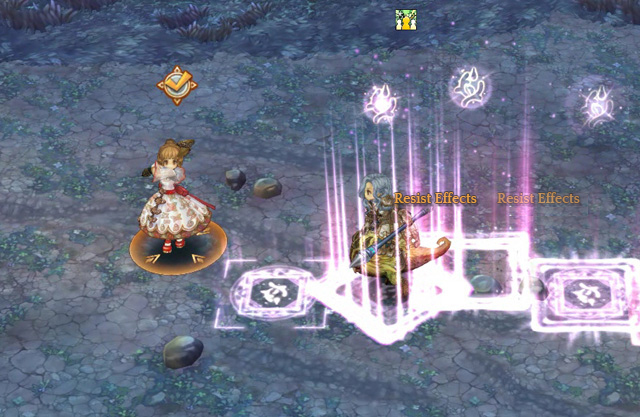 It is capable of using buff type skills that drastically increase resistance against magic circles while moving, and counter-cavalry type skills that allow you to deal three times the normal amount of damage.

The “Crush” skill that temporarily decreases the effectiveness of the opponent’s equipment also has an ability that allows you to push aside summoned enemies so it is extremely useful for charging through enemy defenses in Guild battles. The “Joust” skill which shocks and silences the enemy at the same time also allows you to destroy enemy magic circles, which means that you will be effective against mage classes as well.

(This ability will also be added to the Circle 2 Cannoneer)

The Murmillo is a Gladiator class that has a good balance between offense and defense. 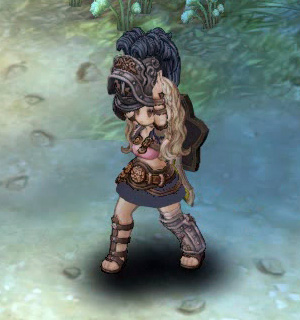 The Murmillo is capable of equipping a “Cassis Crista” that is a helmet with a visor. The effects of the helmet are as follows.

- Peltasta and Rodelero skills along with other skills that use shields to attack will become much more powerful by learning certain abilities.

Another small benefit is that you will no longer be able to become stunned when using the “Head Butt” skill with this helmet.

▲ The revival of forgotten skills.

They will also be able to utilize a surprise attack type AoE skill that works in tandem with skills that deal extra damage to stunned enemies, such as “Head Butt” etc.

The Murmillo is the most offense-oriented of all the classes that use shields.