In a previous roadmap post, our devs talked about a new type of cards – called the Legend Boss Cards – that are being developed for the middle slot in the card equip system. We were curious to see how this feature was looking so far and what we could expect when it finally comes out in the game, so we took some time to test it out with the developer in charge. 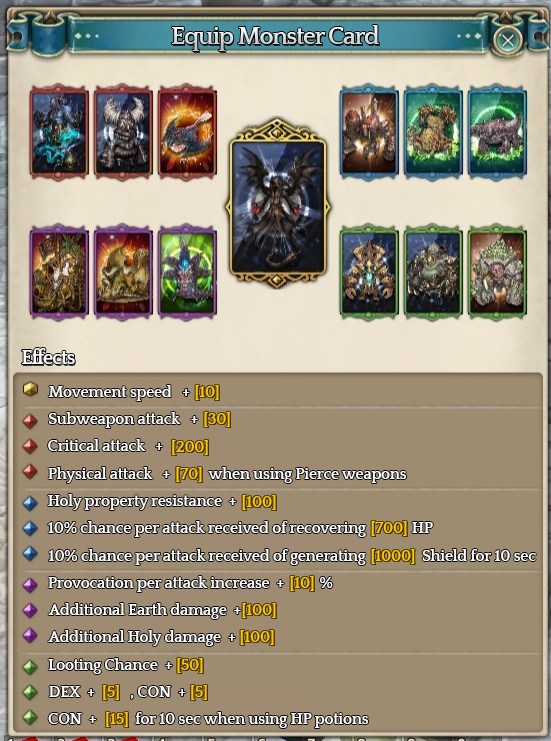 Staff: It looks like your plans for the Legend Card feature are coming along really well! Though, looking at how these new cards are being referred to, I noticed you’re not calling them “Legend Monster Cards” anymore, but only “Legend Cards”. Are you worried that players might confuse them for cards with legendary monsters in them, or…?

Dev: Actually, we decided to call them that because there’s a chance we might want to make Legend Cards out of TOS characters that aren’t monsters.

Staff: Gasp! Do you mean human NPCs? Maybe even… villains? Like this one? 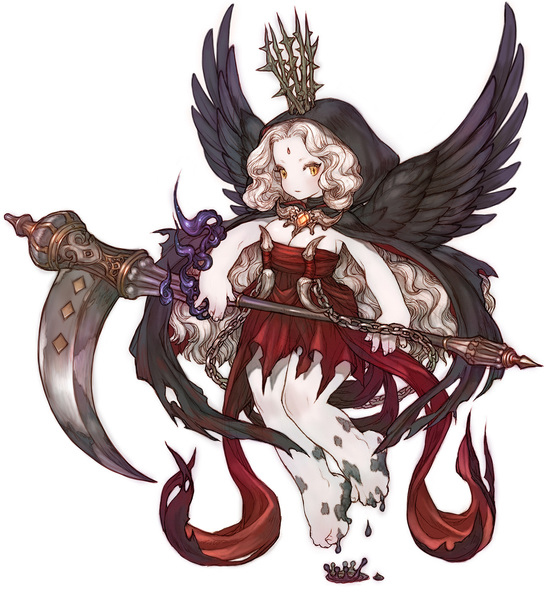 Dev: Well… I’m a big fan of Giltine myself, so I can’t say it hasn’t crossed my mind.

Staff: Sweet. Moving on to another topic, last December during the Rank update we got new quest lines and a new Revelation thrown into the lore of TOS. It also seems like the quest to unlock the Legend Card slot is going to connect to the Revelations. I’m just wondering: where does it end? I see myself playing TOS for many years to come (☆ TOS 4EVER ☆) so I’m worried that we’ll never see the end of all these Revelations. Are you going to continue adding new Legend Card quests as well?

Dev: The Legend Card unlock quest will only deal with Revelations introduced up to the point when the feature is first released.

Staff: So that is the first and last time Legend Cards and Revelation quests will ever be related?

Dev: I can’t really talk about what’s going to happen to the story in the future, so…

Staff: Right, spoilers. Well, I had a look at the list of cards you’re planning to add and I saw a lot of familiar names. Apart from the “Powerful Kugheri Balzermancer” and the “Pantorex”, they were all Monster Cards we already have in the game. Does that mean these cards have a regular version and a Legend version?

<Summoning with a Boss Card.>

<Summoning with a Legend Card.>

Staff: Cool. Looking at the stats of the new Legend Cards, it seems like there’s a big difference in what stats these cards have depending on where you get them. Is that meant to reflect the difficulty of the different game features from where the Legend Cards drop?

Dev: Correct. Legend Cards obtained from more difficult game features will come with juicier stats. The Powerful Kugheri Balzermancer, for example, is a card you can get from the Unique raid dungeon. Unlike other places that drop Legend Cards, this dungeon has no competitive component and it has a lower degree of entrance restrictions. In this context, we’ll be increasing the competitive factor of field bosses and upping their difficulty level in order to boost the chances of acquiring Legend Cards. The Pantorex monster from guild quests is also going to see an increase in difficulty.

Staff: So I was right. But there’s something I’m really curious about. How many cards do you need to get a Legend Card to Lv 10?

Dev: Legend Cards are going to increase levels via card enhancement, a system different from traditional card synthesis. The reason we chose this was that, although combining cards is a safer mechanism, it requires large amounts of fodder to reach maximum level. Applying the exact same method to Legend Cards would make it way too tiring for players to boost up them up, so we added a shortcut process that lets you get to your target level faster with a bit of luck.

Staff: When I was testing the card enhancement, I noticed that you can only use 4 other cards to enhance a Legend Card, though. And even with four Lv 10 Legend Cards as fodder, the chance of success from 3 to 4 stars still wasn’t 100%. Why is that? Is there no way to get 100% chance of enhancement with Legend Cards?

Dev: That’s the shortcut process I was talking about. We realize that some players – like yourself – will still prefer the original card combination method, so we created another mechanism that lets you use high-grade, high-level cards to achieve 100% chances of enhancement. Under this mechanism, using other Legend Cards or enhancement cards designed specifically for Legends guarantees that your card gets another star. 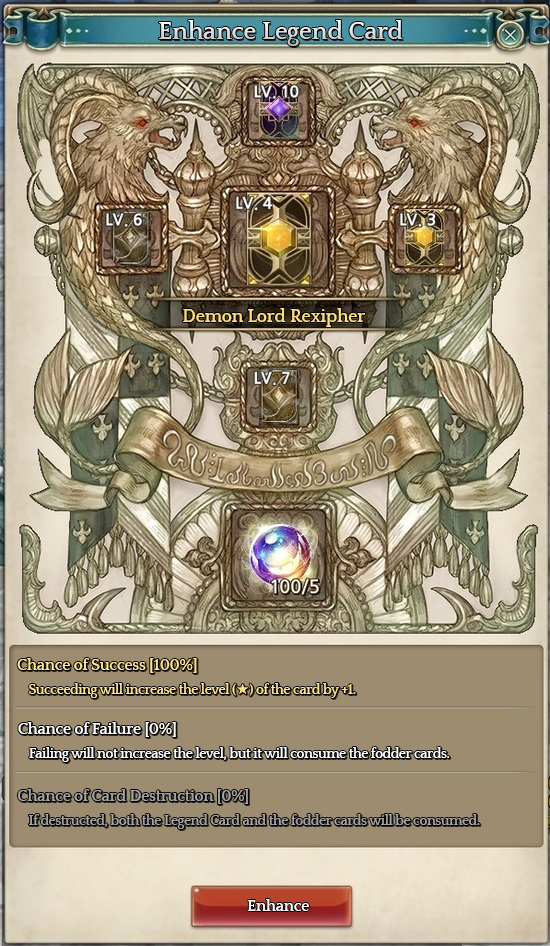 <Legend Card with 100% chance of enhancement.>

Staff: I see, that’s a relief. I’d rather go the safe route, even if it takes a little longer. It looks like you can also increase the star level of Legend Enhancing Cards by combining them with other cards; is that right? How does that work?

<You can increase the star level of a Legend Enhancing Card by combining it with other cards.>

Staff: Alright! Those are all the questions I had for you today. Thank you very much for your time and for letting us play around with this new feature. I can’t wait for it to come out.

Dev: No problem! I’m looking forward to what our players have to say about it too.