Today on the dev blog, we’re sharing for the first time the main PvE developments in our content update roadmap for the months to come.

Earlier this year we introduced major changes to TOS’ combat system, and we set out to develop a whole new series of updates to complement them, some of which were already discussed here on the blog. Now, we’re finally able to present a new batch of content that’s being prepared for future updates.

Just remember that all the previews in this post aren’t final and the content presented here can look different once it actually makes it into the game.

First, as you can probably guess, we’re expanding the current maximum level from 330 to 360, adding a new main scenario quest with fresh subquests, locations, enemies and items. 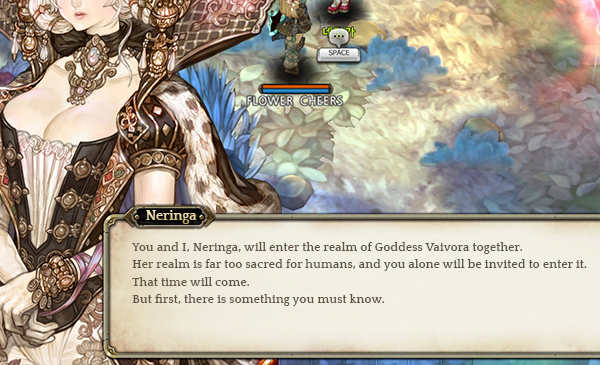 In the new main scenario, during your search for the Revelations you come across a mysterious woman named Neringa who leads you to Vaivora’s Fantasy Library. 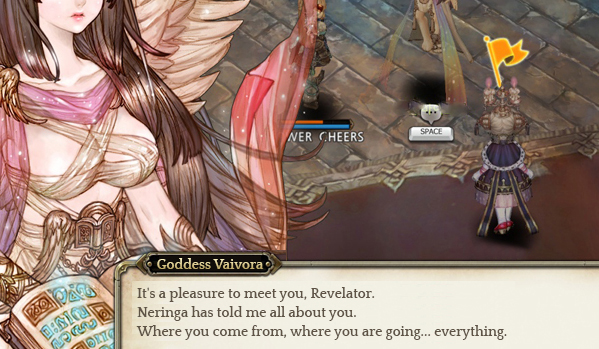 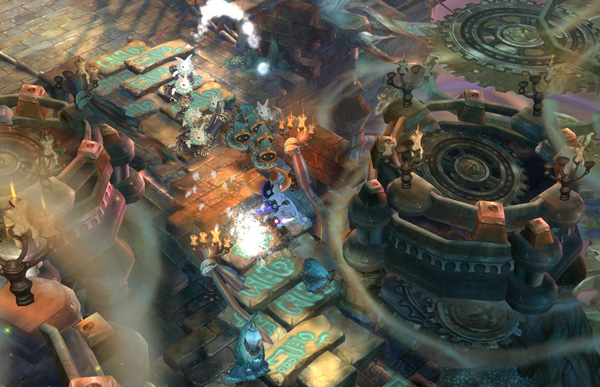 You find that the Library has been invaded by Demon Lord Warpulis and his minions, and you join forces with Neringa and the Kupoles to retrieve the Revelation kept within the Fantasy Library, before it falls in the hands of the evil Warpulis. 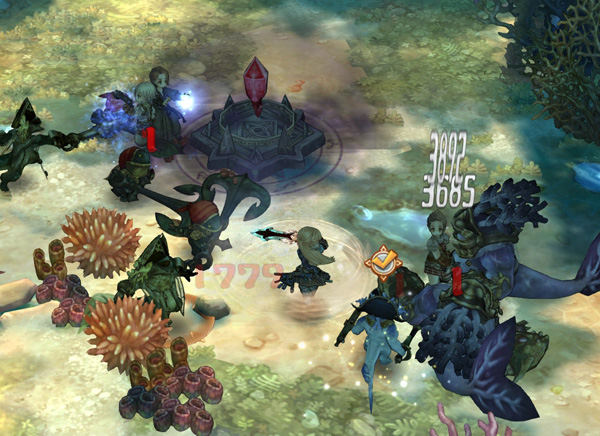 In Coral Plains, you team up with followers of Goddess Jurate to bring down demon Kartas, who is plotting to take over the region with the help of the Kruvina. 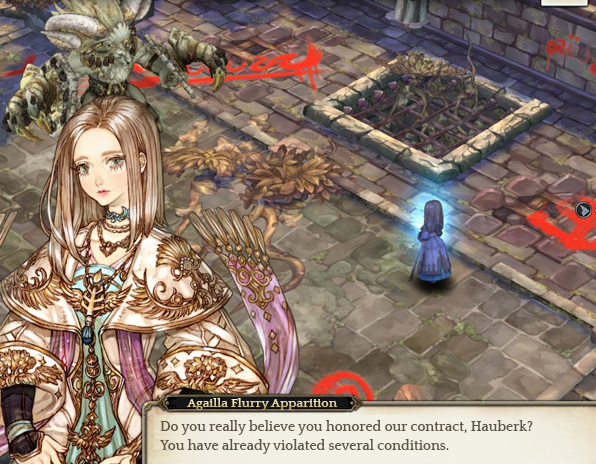 At the Narvas Temple in White Tree Forest, details are revealed about the contract between Demon Lord Hauberk and Agailla Flurry, the one who ultimately led him to his downfall. 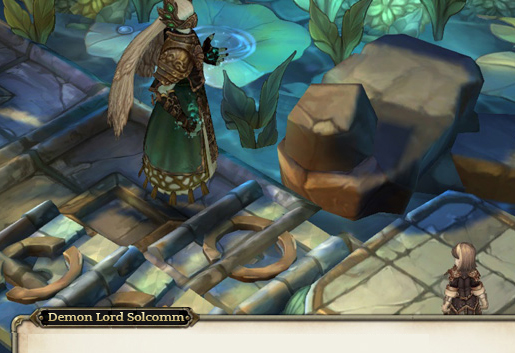 All the while you’ll be meeting new goddesses, new masters and a whole roster of diverse NPCs. Plus, besides the usual EXP Cards, completing the new quests is going to earn you prizes like bonus stats and attribute points, making the discovery of the new stories that much more rewarding.

Now, for something a little more substantial. We’re changing the stats of unidentified equipment items from a fixed set of features to a random set of stats that varies by individual item. These unidentified items will be available from monsters not only in Hunting Grounds, but also in regular fields. 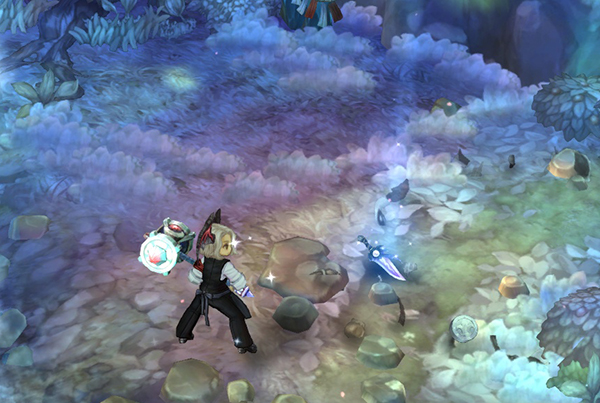 So you’ll be able to find Magic, Rare and Unique grade equipment items in Hunting Grounds and regular fields, and to reveal their stats you will need to identify the items at an Appraiser. 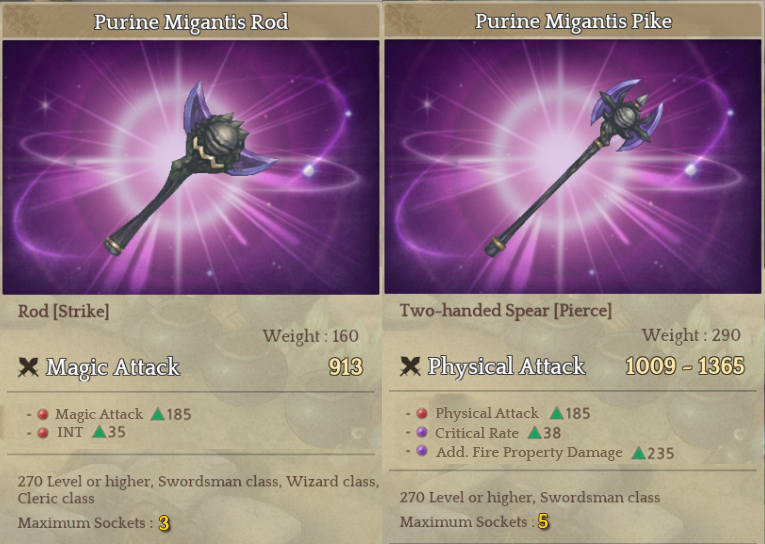 The drop rate of these items will be higher than that of the current Unidentified Cubes obtained from Hunting Grounds, further increasing their supply and variety, while also promoting the farming of these items. 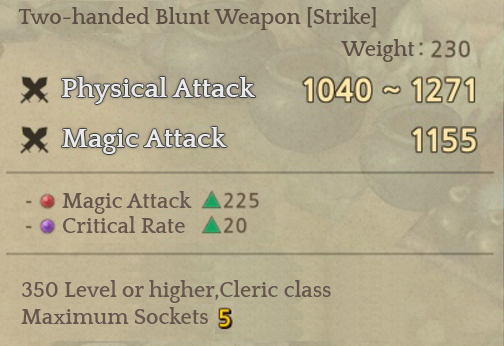 Other than that, we also have plans to introduce monster gems that increase the level of Rank 7 and 8 skills, as well as new boss cards.

Item stats, similar to Boss Monster Cards, will be categorized by type. These types will be largely divided into attack, defense, basic stat increases, and others. When you first identify an item, you’ll get a set of stats that you can use as they are, or readjust them into a configuration you like better.

When you readjust these stats, the number and type of the stats will be fixed. What you can do is change individual stats to a different one of the same type, or increase the value of your preferred stats in the item. To do this you’re going to need a specific type of material item, which you can get by dismantling equipment items (you’ll be able to dismantle equipment items – except unidentified ones – for material items).

With stat readjustment, the focus shifts from farming new items to guaranteeing a good number of stats. Re-readjusting an item can decrease durability by 1, so to make up for that, we’re increasing the multiplying factor of durability. In this system, you can then adjust your item’s stats and use it, or you can dismantle it and/or sell it, giving way to new equipment items. As for the Unidentified Cube Fragments that will no longer drop from monsters, they’ll be returned to the players in the form of level-appropriate dismantling items.

To the character’s secondary stats, we’re adding a new number called Looting Chance, which increases your probability of obtaining random stat unidentified items from monsters. Your Looting Chance is not influenced by your basic stats (STR, INT, etc.); instead, it increases with equipment stats, in-game gimmicks, items and possibly events.

Another way you’ll be able to boost your Looting Chance will be through newly-added gems. These clear gems will be rarer than regular ones, and they can be added to armor items to directly increase your Looting Chance. Since some random stat equipment will already include some value of Looting Chance, adding the clear gems to these items can be a great way to create your own farming gear. 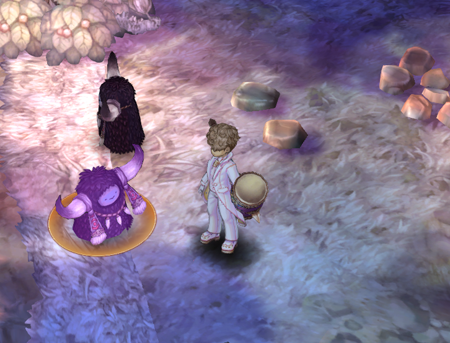 This is another main addition we have in store for PvE. When hunting on a field after the update, you may come across a special type of monster. Defeating this monster will open a portal into the Challenge Mode, an area containing better items than the ones you might find elsewhere.

The monster that opens the portal to the Challenge Mode appears after you defeat a certain number of other monsters in the same channel. Anyone can defeat the monster and enter an open portal, but the Challenge Mode zone itself is unique to each player or party. Entering the Challenge Mode is like entering a cutscene quest, in that the area is created exclusively for you (and your party members).

Challenge Modes will each have a level and time limit, which determine the combat abilities of the monsters and item drop rates within the challenge area. The Challenge Mode ends when you reach the time limit or your character becomes incapable of combat, and you can participate once per day.

To make the most of this mode, then, investing in your Looting Chance is clearly a must. But the Challenge Mode doesn’t end here. If you defeat enough monsters plus the final boss inside the zone, you’ll be able to choose between two options: Step Up or Close.

Choosing Close ends the Challenge Mode and yields a clearing reward. Opting for Step Up, on the other hand, takes you to the next stage of the Challenge Mode, where you can try your luck on even stronger monsters with higher drop rates. You can keep stepping up the stages for as long as the level limits allow; just keep in mind that, if the challenge ends because you became incapable of combat, you won’t receive any clearing rewards. You’ll need to judge your own combat abilities versus those of the monsters to know when to drop out of the challenge.

The Challenge Mode clearing rewards, by the way, include an item that allows you to enter a new dungeon, but we’ll discuss that in the next section. 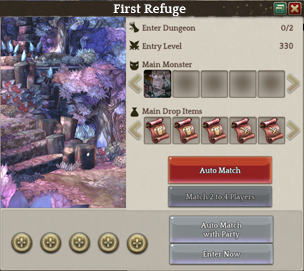 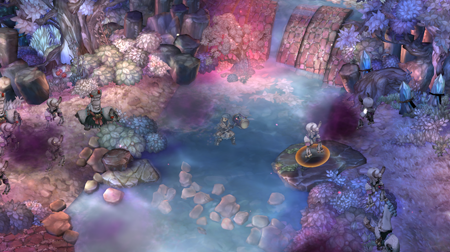 As mentioned in the section above, the Challenge Mode rewards include an item that will give you access to a new kind of dungeon. You can enter this dungeon in a premade or auto-matched party as usual, but unlike other instanced dungeons and missions, this one has no daily limit and can only be entered by consuming that special reward item.

In this dungeon, occupied by particularly strong monsters, you can obtain the new Designed Unique recipes. Compared to Unique equipment with random stats, Designed Unique items include special custom stats, higher values on particular stats and, in the case of weapons, a different outer appearance. 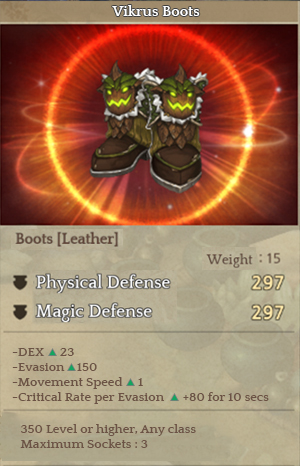 With a bit of luck, you can still land some very solid stats on regular random-stat Unique items, but the appeal of Designed Unique equipment is that its effects and performance are more precise according to the use you give it. We are also preparing multiple items for the same type of equipment, increasing the variety of gear within the grade.

Not only can you get Designed Unique recipes in this dungeon, you will also find there customizable items (where you can change the type or value of the stats) and other items you won’t see in regular fields or dungeons. 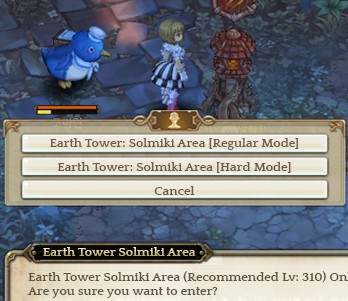 To go along with the maximum level expansion, to the Earth Tower’s Solmiki Area we’re adding two new difficulty settings. So if your party is strong and well-rounded, you can have a go at the Hard Mode and get your Legend equipment set in a shorter amount of time. We’re also increasing the supply of level 270 Lolopanther materials, effectively turning the set into the go-to superior choice for mid-level range characters.

Another aspect of ET we’re changing is the entry rules. Instead of 1 time per day (+1 for Token users), the limit will be 3 times per week, with the rewards adjusted accordingly. Similarly to the updates we have planned for the Saalus missions, the Token benefits here will not be for extra entries, but for additional rewards. With this overall reward boost, we expect the time for acquiring ET items to reduce by 10% for Solmiki gear and 40% for Lolopanther gear. 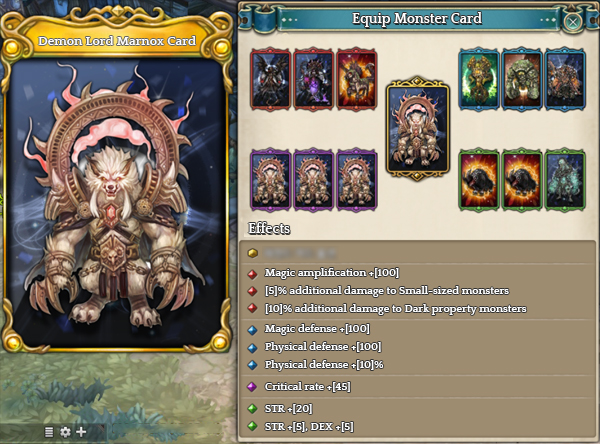 You may remember from a previous dev blog post where we showed a preview of the new monster card equip system (seen in the image above) that there was a space in the middle for an additional card. Well, this central slot is now reserved for Legend-grade Boss Cards (golden frame). Our plan is to have boss cards of the Legend grade be obtainable from future field boss monster cubes (cards obtained from current field bosses will not change their grade to Legend). 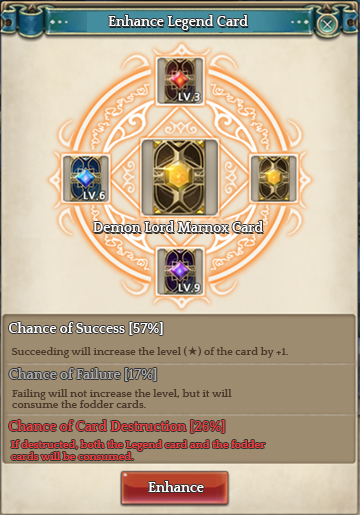 The system for enhancing Legend boss cards will be different from that of regular boss cards. Rather than gradually increasing the card’s EXP, you will need to use up to 4 other cards as fodder to increase the Legend card’s level (★) by 1 in one attempt. Depending on the type and level of the fodder cards, however, there can be a risk of destroying the Legend card in the process. Finally, we should also mention that unlocking the slot for Legend cards will require special conditions related to the goddess’ Revelations.

And... that’s it for today! We hope this post gives you a better idea of where we’re heading in our development plans for the next major updates regarding PvE. As always, we’ll keep you on track of the progress through the dev blog and our patch notes.