Today, we at the dev team are presenting a few of the plans we have for combat rebalancing after the last big combat system changes. The features we’ll talk about here are still in development, so keep in mind that they could look a little different when they make it into the actual game. That said, let’s get on with the plans.

There are five main aspects we want to focus on for the next combat rebalancing changes:

Improving the usability and balance of skills

When it comes to improving the usability of skills and the PvP environment, we want to start by increasing the scope of close-range attack skills. We’re widening a total of 37 skills, increasing their lateral range by 10% to 20% in some cases, and as much as 50% to 70% in others. Buff skills are also getting rebalanced. First, for buffs that can be maintained with no interruption, we’ve decided to change their duration to 300 seconds (5 minutes), to eliminate the need to refresh them every other 40 seconds or 1 minute. The cooldown time and SP consumption of these skills will remain the same; this change simply provides a way to use them more conveniently. We’re also increasing by around 2 times the range of buff skills that were too narrow to comfortably apply in party situations.

Next, we’re preparing to readjust the performance of individual classes. Now, there are a lot of classes and skills involved in this, and most of what we have planned is still being tested, so please understand that it is impossible for us to reveal every single change at this point. What follows are just a few balance modifications we have prepared. 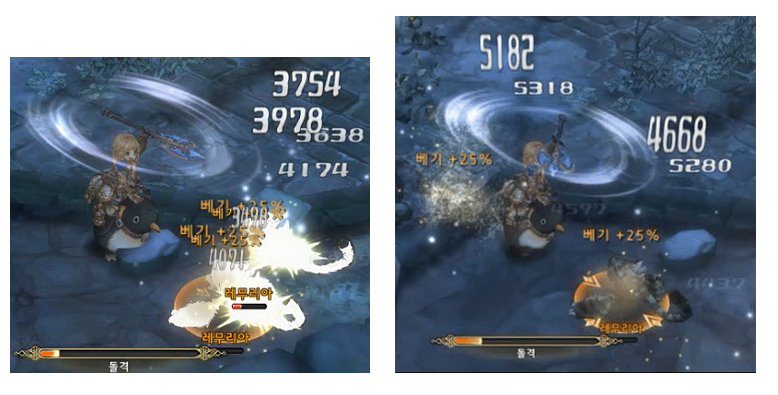 Using the Cataphract’s Rush in combination with the Lancer’s Initiate buff will increase damage.

Achieving a well-aimed shot with the Dragoon’s attribute-enhanced Serpentine will increase the Hoplite’s Pierce damage, and using a spear over long distances will no longer require you to retrieve it in order to throw it again.

Schwarzer Reiters are getting a damage factor increase on the skills Retreat Shot and Wild Shot, with the latter also seeing a reduction in charging time. Meanwhile, the movement speed penalty of Evasive Action will no longer apply.

To Hackapells, who despite being in the Archer tree are better suited for close-range combat, we’re adding a Cavalry Charge attribute that significantly increases defense when attacking the enemy. We also allowing the Rogue’s Lachrymator, Feint and Vendetta skills to be used while mounted on a Companion, so your character can go back to using close-range Hackapell skills in no time.

Musketeers, who are required to use a new sub-weapon as they reach the higher Rank, will be able to use the Archer’s Oblique Shot.

Our main goal here is to make “lazy” summons more active and precise. After boosting up summon attack values and movement speed, we want to make them target enemies more accurately and immediately, while avoiding things like Tree Root Crystals or Dirty Poles. We have a long way to go when it comes to improving summon AI, so we’re starting with the most basic and urgent aspects of it.

The attack and movement speed changes we prepared for summon AI are going to have a big impact on summon performance; anyone familiar with summons will feel the difference immediately once the patch is applied. Because of this – and in consideration of PvP balance – we decided to cut down 20% to 70% of summon HP and give them a different duration (life span).

Necromancers in particular are getting an improved Gather Corpse method and an easier way to summon their skeletons. Zombies, which aren’t as easy to come by for Bokors, get a little more HP, while Shoggoths and other Summoning skill bosses (which can be summoned less frequently) will go through only a slight HP reduction.

We expect the next balance changes to affect PvP more visibly than PvE. Sadly, the current PvP environment in Tree of Savior allows for some very “meta” builds capable of finishing an opponent in only a couple of hits. One of the reasons for this is that, given the little payoff you get from investing in your armor, most players choose to invest in their weapons instead, where you get a more significant increase in attack or damage from the amount of currency spent. 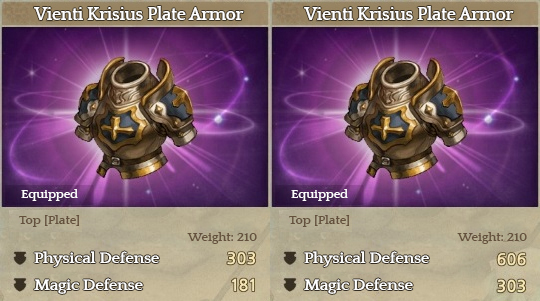 With its attack stats (critical), leather sets already seem to enjoy a pretty good degree of performance which makes them popular among players. The same can’t be said about the damage-reducing abilities of plate (physical) and cloth (magic), so our plan is to visibly increase the physical/magic defense stats on these types of armor. 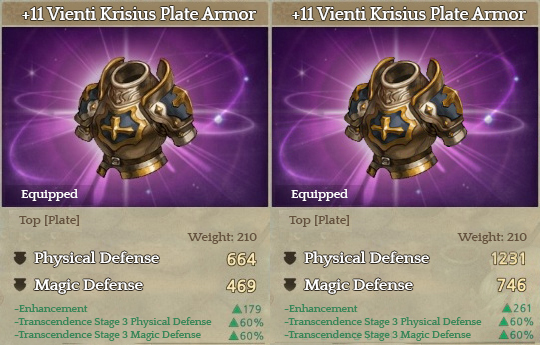 Along with the higher defense, plate and cloth are also getting a bigger stat increase out of transcendence and anvil enhancement, which will increase both physical and magic defense. You will still need to invest plenty of your time and currency on collecting, enhancing and transcending rare armor sets, but what you do spend will become a lot more worthwhile.

Another thing we’re doing is testing a factor that applies 20-30% of damage in PvP which, if successful, will make it even harder for players to defeat an opponent in only a couple of hits (given that they invested in armor).

(This PvP damage factor may be changed even after this patch is applied.)

If we consider that the HP of a character in level 330 can be anywhere from around 20,000 to 80,000 (Swordsman, high STR), with basic defense and a PvP factor of 50%, any common skill with an 800% attack factor can deal over 10,000 of damage in a single hit, enough to wipe half the HP of a Wizard or Archer character with no STR investment.

After the defense and PvP factor patches are applied, finishing an opponent in one blow becomes less feasible even with a strong 2500% attack factor (that is, as long as the opponent has invested at least a little in defense). A Swordsman character with generous upgrades to all their armor pieces and high STR, on the other hand, can boast impressive levels of resilience not only in 3:3 TBL matches (an update talked about in a previous post) but also against multiple enemies in GvG. Still on the subject of TBL and PvP-specific factors, we’re preparing to introduce a special type of costume for the top-ranked Team Battle League winners of each season that will reduce their amount of damage received in PvP by a small percentage. 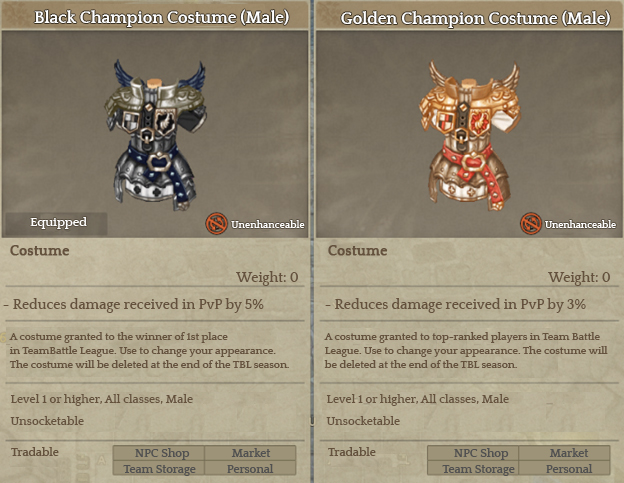 We expect to release these costumes along with the renewed TBL point shop we talked about in our latest interview post. 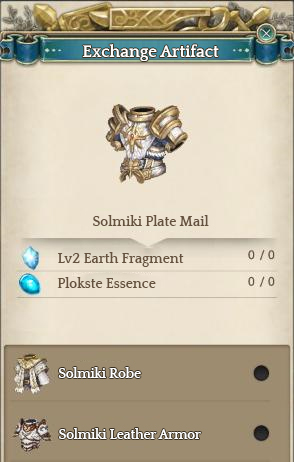 Finally, in this defense patch we want to include an Earth Tower armor exchange system that will allow you to trade your Earth Tower gear for another type of armor while maintaining all of the original’s enhancement, transcendence, potential, gems, awakening and socket setup. There will be no limits to the number of exchanges you can make.

This process will require a few Earth Tower items to complete, but after this update is brought to the game we’re planning to open an event period where players are exempt from the item fee, so you can easily get your Legend equipment in the type of armor that best suits your character. We’re developing new two-handed blunt weapons for physical attack Clerics. These weapons will look similar to existing one-handed blunt weapons, only larger and with different colors. In the beginning, we want to make them equippable by Paladins and Monks, both classes requiring a Circle 3 attribute for it.

Two-handed blunt weapons have stronger attack stats than their one-handed counterparts and require at least level 120 to equip. Our plan is to add a total of 11 of these weapons: from the Hunting Grounds unidentified series, Lolopanther and Solmiki series, and level 315 Rare and Unique sets.

In the future, as two-handed blunt weapons become their own type of weapon in the game, we expect to broaden the spectrum of classes allowed to use them.

From the current boss card system, in which you can equip a maximum of 8 cards (at Rank 8), we want to change to one where players can equip as much as 12 cards distributed over 4 types (3 cards for each type), regardless of Rank.

In the current system, if you have one or two cards with significantly high performance, those cards end up being the only ones equipped while the rest becomes simple fodder for EXP. With the new system, you can choose to equip different cards of all types according to the characteristics of your character. 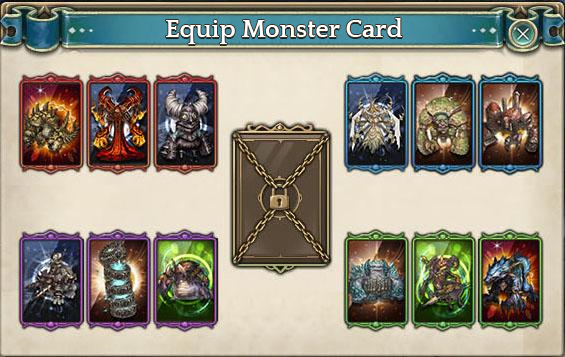 We still don’t have an official name for each type of card, but they consist of 4 groups distinguished by the color of their slot border. The golden locked slot in the middle is for a fifth type of card we plan to introduce in a future update.

Along with the revamped card equip system, we want to add 5 new boss cards to match the updated game contents and readjust the effects of some cards that currently perform lower on the scale. When we do apply the boss card patch, all cards will be automatically unequipped with no level (★) penalty, but we’ll talk more about this before it’s applied to the game.

As mentioned in the beginning of this post, all of the contents discussed here are still in development and we don’t expect them to be introduced right away, as they’ll first need to go through additional testing in our test server before being applied to kTOS. We’ll work hard to bring you other updates previously talked about here at the dev blog meanwhile. Also, in our next post we’re going to discuss the changes currently being developed for Pardoner shops and the guild system, so stay tuned!