Greetings, Tree of Savior dev team here. As you can guess, we’re continuing our introduction of the new Rank 8 classes, and today we’re covering the Cleric tree. 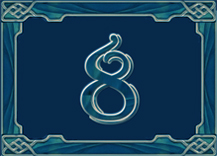 There are many changes in the final form of the nature loving Circle 3 Druids.

Players will be able to control numerous monsters at once thanks to the crowd control attribute that will be added to the "Telepathy" skill.

(Please note that this attribute cannot be used during PVP)

The newly added “Henge Stone” increases the level of all cleric Magic Circles and deployed equipment by 1.

It also increases all statistics of Druids while they are transformed.

The Druid will be able to transform into a werewolf by using the “Lycanthropy” skill.

Druids will be able to jump and dash when transformed as a werewolf and will also be able to use speedy skills that normal Boss Monster werewolves do not have.

The Circle 3 Oracle is the final form of the Cleric that intervenes with Fate. 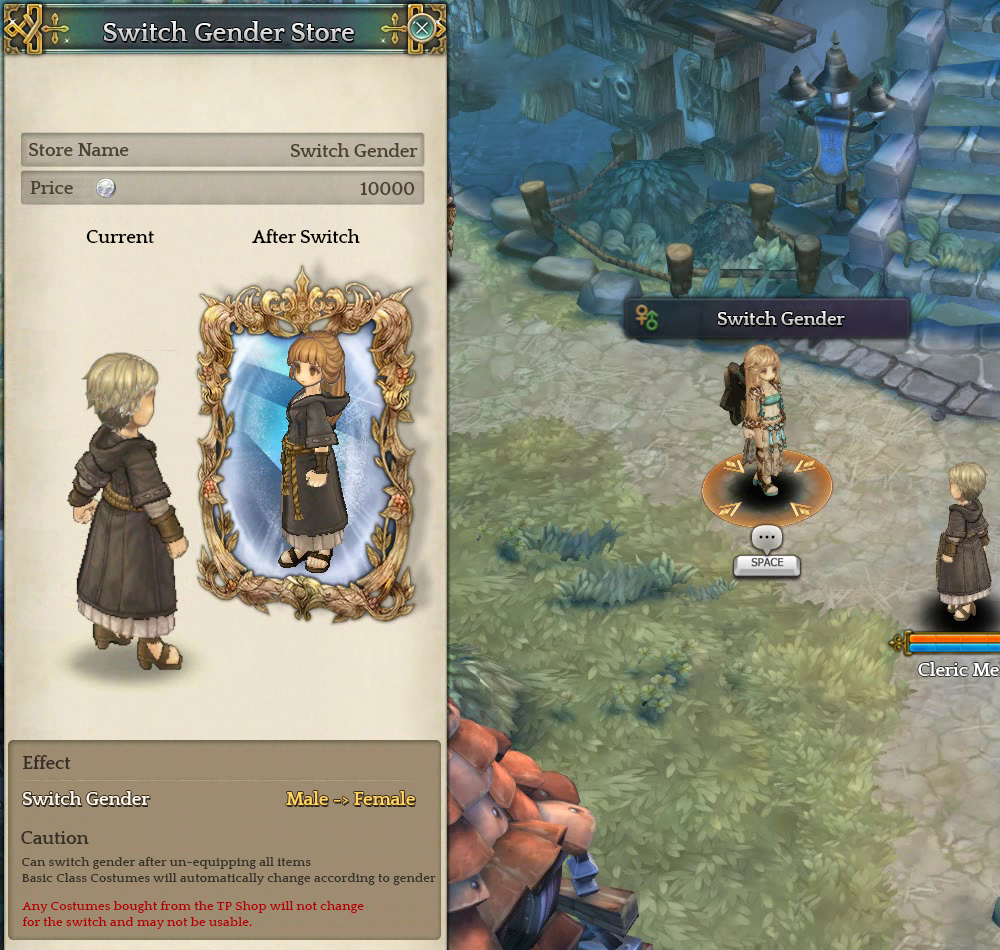 Circle 3 Oracles will be able to change the gender of other players by using the “Switch Gender” skill.

Oracles will be able to use this skill in the form of a shop in cities to wait and switch the genders of other players.

The new “Fortell” skill will randomly pick players on the magic circle and grant them temporary invincibility status.

This magic circle keeps moving in a set direction, so players will have to keep following it’s movement in order to sustain the effects.

The "Twist of Fate" skill decreases up to 40% of the enemy’s health at once but will restore twice that much health for 30 seconds.

It will have to be used strategically since it has the possibility to harm your party more than it helps.

The main characteristics of a Circle 2 Plague Doctor that alters the status of players are as follows.

The "Incineration" skill will have a new contagion attribute which will spread all the debuffs from any monsters defeated by Incineration to nearby monsters.

The new "Disenchant " skill will nullify all of the buffs on an enemy.

Players will be able to add an attribute that will nullify some effects of items making it extremely useful during PvP.

The new “Plague Vapors” skill which deals powerful damage over time receives additional bonus damage when used with the Incineration skill so it will be usable when combating multiple foes.

As a Cleric that uses Kabala magic, the Circle 2 Kabalist has strengthened defensive skills.

The "Merkabah" skill will receive a new “Blessing” attribute which will increase the defense and add Divine Property damage to nearby allies.

It will also receive an attribute that will reduce the movement speed of enemies allowing it to become a tank in party play.

The “Ghematria” and “Notricon” skills that change the enemy’s name to numbers will receive attributes to increase calculation speeds.

Players will be able to copy monsters at random with the "Duplicate" skill.

However, copied monsters cannot be re-copied and will drop silver and items just like the original monster but will not give you more experience points.

The Inquisitor class which first appears at rank 8 is especially useful when dealing with magic users.

The “God Smash” skill will receive bonus damage when using blunt weapons and according to the enemy’s magical attack.

The “Inquisition" skill will make the user player temporarily receive additional damage equal to the caster’s magic damage, and will cast a Lv. 3 debuff that reduces the INT and SPR stats as well.

The "Pear of Anguish" deployed on the ground will only deal a little damage to enemies that step on it but will fly up to and attack any enemies that use magic in close proximity.

This attack will deal 3 times more damage to when simply stepped on.

The "Breaking Wheel" will summon a wagon wheel shape that will attack any nearby enemies.

The Wheel will spread damage to enemies within range while it is spinning making it a good partner to any Swordsman type classes.

The Taoist first appears at Rank 8 and utilizes charms to form a unique fighting style. 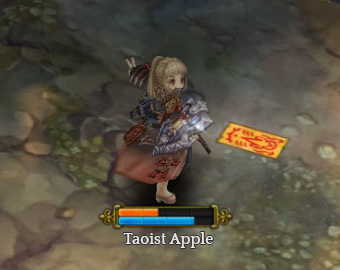 Different types of Charms can be used and deployed on the ground, where they will be activated once allies or enemies come near.

Using the “Begone Demon” skill can be used to activate all the Charms from afar at once.

The "Shadow Walk" skill will make all the nearby allies temporarily invisible.

The "Storm Calling " will call thunder and rain on the spot where the Charm was.

Players will be able to amplify the damage of electric property skills in the area such as the "Zaibas" skill.

The "Tri-disaster Charm" will increase the resistance of nearby allies against fire, ice and electric property attacks.

▲ The Creeping Death Charm arriving extremely late. 3 Charms are on top of each other

The "Creeping Death Charm" moves slowly after being thrown and will damage any enemies that get in the way.

It deals damage as long as it is touching the enemy but moves very slowly making it ideal for use against slow or stationary enemies.

We are looking forward to seeing how the players utilize it as it can be used in a variety of ways including forcing enemies into tight corners or kiting depending on the individual player’s control.