Greetings, Tree of Savior dev team here. As you can guess, we’re continuing our introduction of the new Rank 8 classes, and today we’re covering the Archer tree. 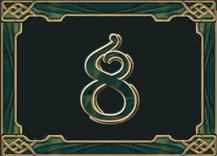 The master of hawk companions is finally developing into Circle 3; here’s what we have in store for this class. 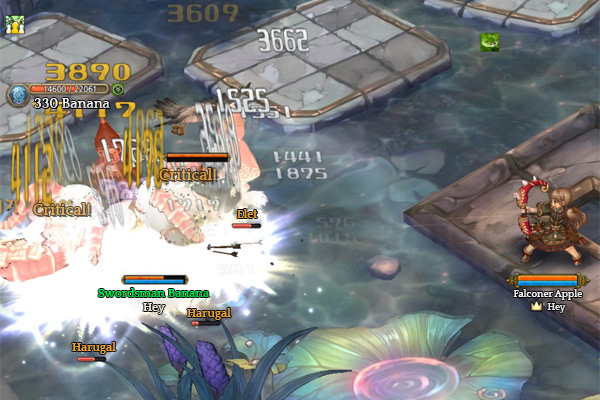 The ‘Circling’ skill is getting an expanding attribute that has a 5% chance of repeated attack within its area. For Archers having trouble dealing with multiple enemies, this could be a life-saver.

The new skill ‘Aiming’ widens the area of the hawk’s strike, allowing you to attack from further away. ‘Aiming’ can be used in conjunction with ‘Circling’ and other skills, making it useful for short-range attack classes and party play.

‘Preemptive Strike’ will allow hawks to attack enemies without the direct instruction of a Falconer. The hawk will automatically use the skills ‘Hovering’ and ‘Sonic Strike’, with ‘Preemptive Strike’ being influenced by the skill level of its corresponding Falconer character. Also, any skills used automatically by the hawk will not count towards SP drain nor cooldown times.

This high-mobility, mount-focused class is seeing its final evolution in Circle 3.

We expect to add an expansion attribute to shoot-and-retreat skill ‘Caracole’ that will allow for a wider range of damage. And for reiters with stamina to spare, we will be adding an attribute to reduce the recoil of ‘Caracole’ and allow for faster consecutive attacks. 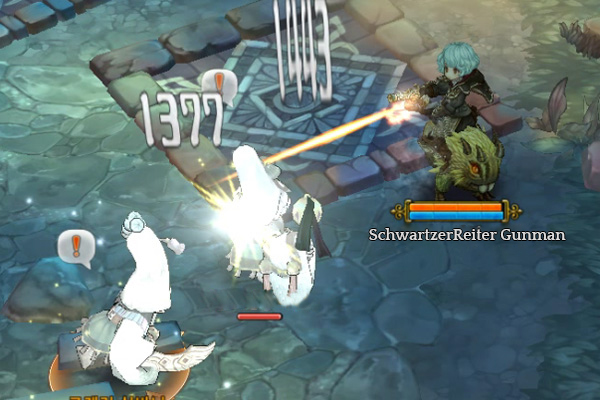 ‘Limacon’ is getting a new ‘Misery’ attribute that will allow it to attack two enemies at once. We also expect to change ‘Limacon’ to a buff-type skill in a future patch; after activating it, you’ll have to press C during its duration to use it.

C3 skill ‘Forward Shot’ will have your character advance forward while shooting two long-range weapons at once. Unlike ‘Retreat Shot’, with this skill your character will keep shooting even if you stop moving, making it an excellent ‘breakthrough’ technique.

Long-range specialists, the Musketeers are becoming even more worthy of their names in Circle 2.

We developed a ‘Misery’ attribute for ‘Snipe’ that will allow it to target two enemies at once. 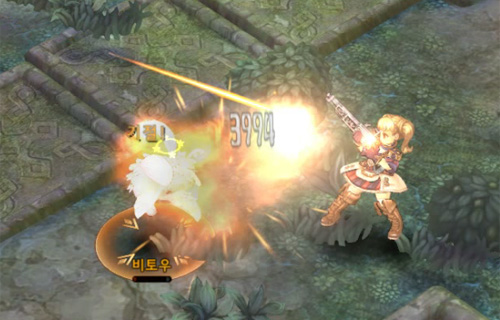 The new ‘Bird Fall’ skill was created to deal serious damage to flying-type monsters. In PvP combat, this skill disables flying statuses and is notably strong against flight-type classes.

We’re also adding a quick fire attribute to ‘Penetration Shot’ that will allow you to use it as your main attack even in crowded battles.

The role of Circle 2 Cannoneers in teamwork is what makes it stand out.

‘Siege Burst’ will have an attribute added which allows players to destroy enemy magic circles.

The ‘Cannon Barrage’ skill will fire several shots directly at enemies in front of you.

The ‘Bazooka’ skill will allow you to deal damage to several enemies through AoE damage at a range that is comparable to ‘Kneeling Shot’. However, you will need to be careful when using this skill as you will not be able to move while using it and will not be able to target nearby enemies.

The Hakkapalle is a cavalry class that first appears at Rank 8.

The most distinct feature of the Hakkapalle is that you will be able to use a one-hand sword as your sub weapon, allowing melee attacks despite being an archer. You will also be able to ride companions just like the Schwarzer Reiter class.

The difference is that you will be able to make a dash if you double-press the movement keys while mounted. However, it is slower than the ‘Trot’ skill of Cataphracts, just about the speed increase of a Swordsman dashing, and uses the companion’s stamina as well.

Archer classes all have the ability to hit enemies with up to 5 arrows and decrease the defense of enemies by 10% per arrow. The ‘Skarphuggning’ skill, which is a melee slash attack, will be able to hit the enemy more according to how many arrows are stuck in the enemy so you will be able to deal a lot of damage by melee attacking enemies after attacking them with ranged weapons.

There are many ranged and melee combinations, including being able lower the enemy’s critical resistance or sticking up to 7 arrows into them, so players that enjoy their combinations are sure to enjoy this class.

The Mergen class first appears at Rank 8 and is a strong class against many enemies at once.

Any players that have been using bows should take a close look at the Mergen class. The Mergen class has additional damage bonuses when using Two-hand Bows. The ‘Spread Shot’ skill will fire 5 arrows at once. Players will be able to fire on the move just like normal attacks with bows.

The ‘Parthian Shaft’ skill is useful when attacking fast moving enemies as it deals penetration damage without having a negative effect on the user’s movement speed.

The ‘Triple Arrow’ skill which developers believe will become one of the class’s most loved skills.

The ‘Homing Arrow’ skill will attack enemies in the surrounding area without having to target them. This should prove useful as a first attack type skill. For instance, if there is only one enemy in the area, any arrows fired with this skill will all focus on it. This makes the skill useful for both focused fire and AoE attacks.