Greetings, Tree of Savior dev team here.
Today we’re introducing you to the new Rank 8 classes, and we’re starting with the Wizard class tree.
As always, remember that the contents you see here are still under development and could look different
in their final version. 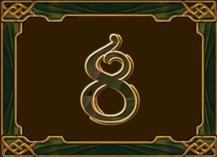 This is the highest circle of the Necromancer class.
The effect of the original Necromancer Decay debuff was limited to weakening the enemy to arrow attacks, but in Circle 3 it becomes a lot more powerful, momentarily neutralizing the effects of all the items equipped by the opponent.

​
▲ You can enhance the Necromancer’s Decay debuff, making it corrode the enemy’s equipment.

​
▲ The new debuff is expected to open up more diverse strategies for Necromancers, like enhancing the power of summons, or using Shoggoth/Dirty Pole to widen the area affected by Decay. 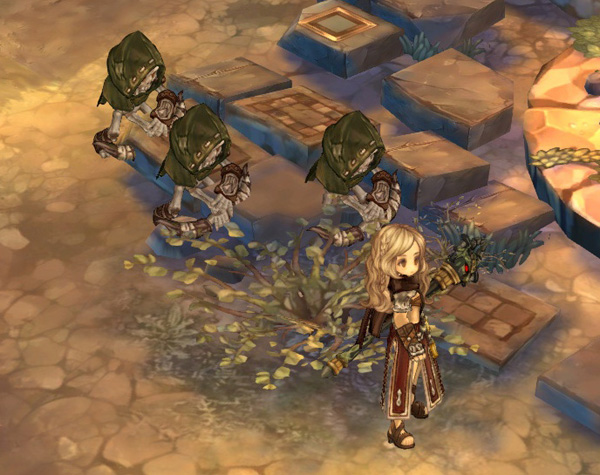 ​
​▲ A new skill for summoning “Skull Archers” with high combat power will also be introduced.

​Circle 3 Alchemists will be able to choose the appearance of items created through the Briquetting skill when both items combined are of the same type. 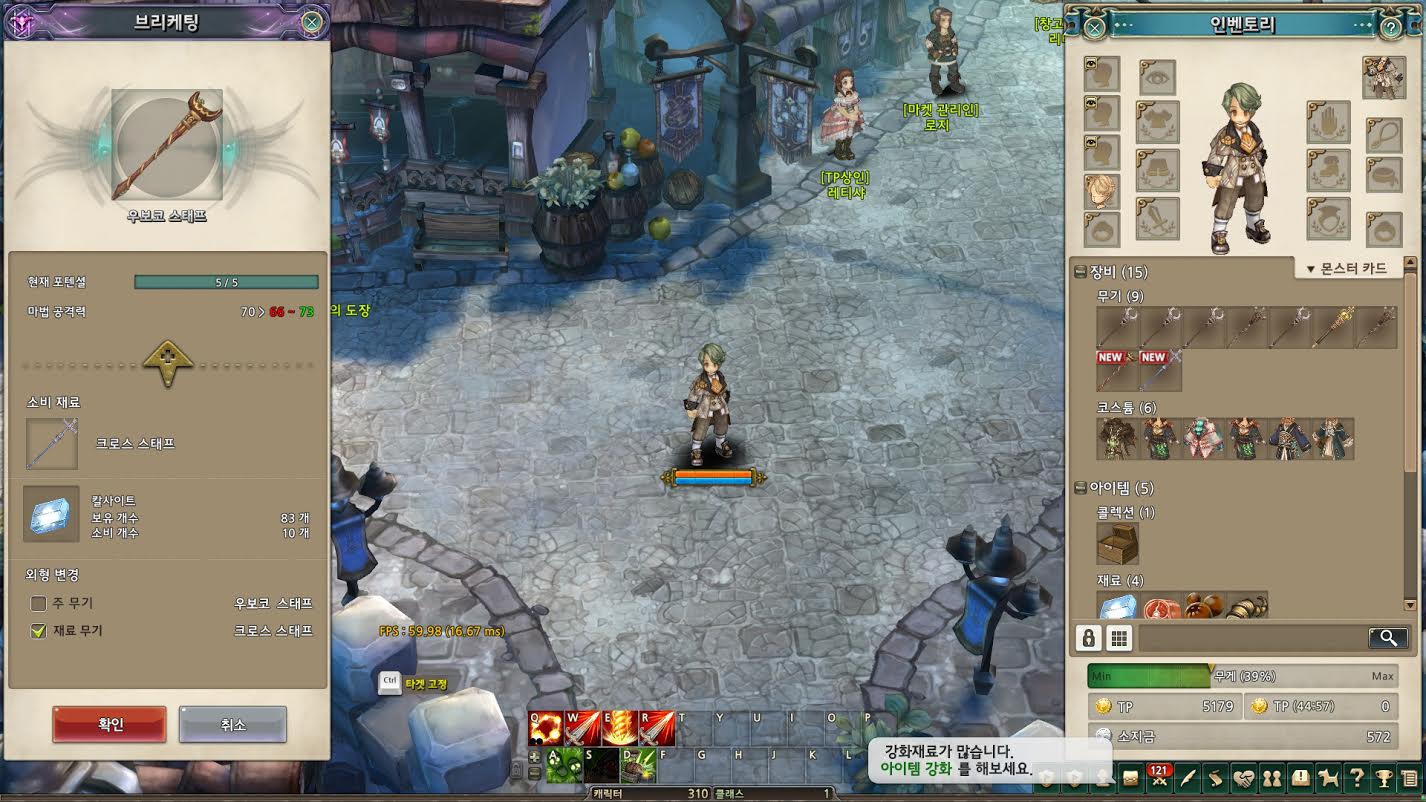 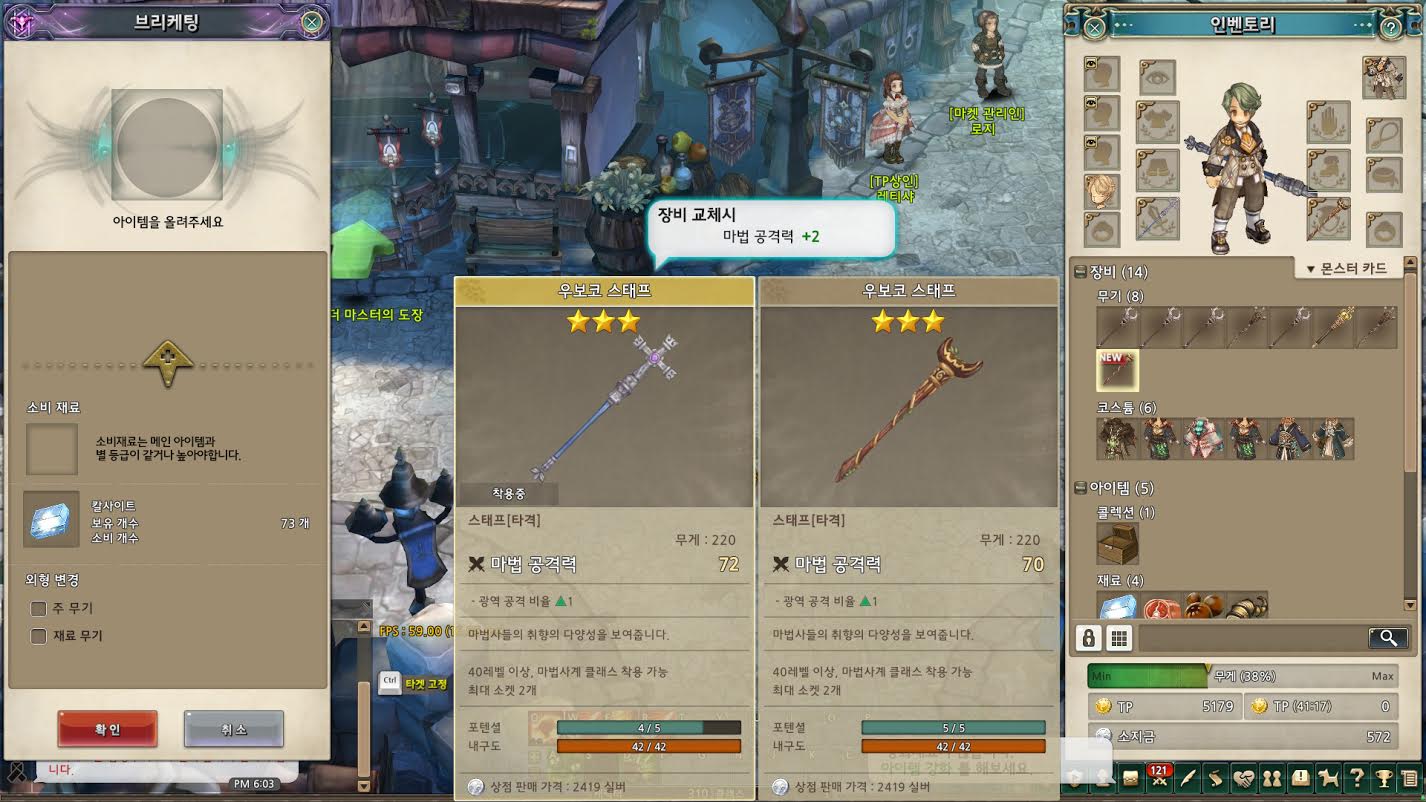 ​▲ Alchemists can now combine items of their preferred appearance and stats to create new items.
The effect of the Briquetting skill was rather tame in terms of enhancing the performance of new items,
but in Circle 3 we widened this scale of enhancement.
Also, we’ve introduced a whole new roster of recipes to be used with the Tincturing skill, allowing Alchemists to take the role of item makers. As for item awakening dungeons, we’re introducing a feature that will require 3 times the amount of materials, instead delivering the results 3 times faster.

​
▲ The Magnum Opus skill gets an additional number of slots, allowing you to craft an “Homunculus”, the ultimate creation.

The “Homunculus” will carry some of the skills of the Alchemist that created it and can be set to use them automatically.

The “Homunculus” creature has a life span of 10 days after it is created. 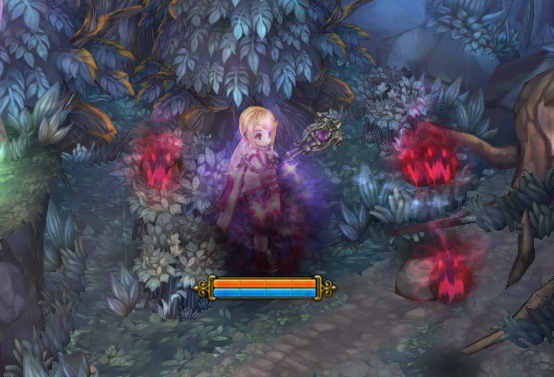 ▲ The higher-grade spirits in red appear based on probability and are stronger than the regular evil spirits.

​▲ The new skills allows you to manipulate evil spirits and lead them to your enemy.

When nearby spirits have been absorbed, these evil spirits can be launched through regular attacks.

​▲ A flying Featherfoot will evade most melee physical attacks and fly over magic circles on the ground.

​
There will be a self-destruct type skill that can only be used while flying. The skill will drain 60% of your max HP. Casting it with HP below the 60% mark will incapacitate your character. However, the skill temporarily renders nearby enemies in a special state where, when you attack them, it will heal you in return.

Sage is a class that will be first introduced in Rank 8. The general concept is that a sage gained the knowledge of the inner workings of the reality and, as a result, can manipulate space itself. The class will possess skills that distort space and dimensions. 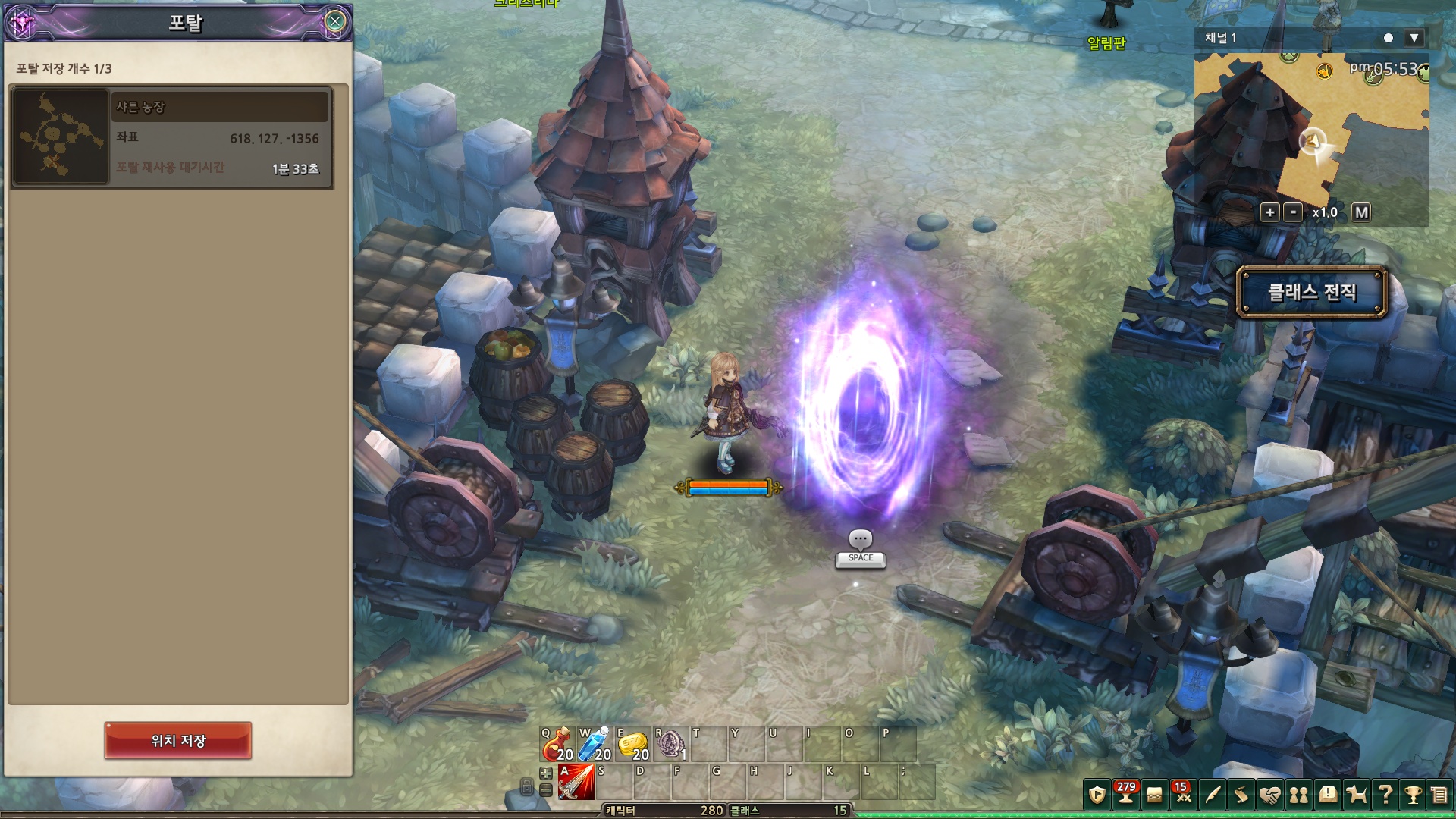 ​
​▲ Open up a "portal" for you and your party members to move to a memorized location.

▲ The skill Micro Dimension attacks opponents with small distorted fragments of space and it can have a replicating duplicate attribute.  The number of duplicates grows with the skill level.

​
▲ Ultimate Dimension maximizes the portion of space to attack enemies. One attribute of this skill can also increase its perimeter and power.

The Enchanter is also a newly-introduced Rank 8 Wizard-type class.
Enchanters do possess some combat skills but they mainly play the support role by enchanting items with magic. 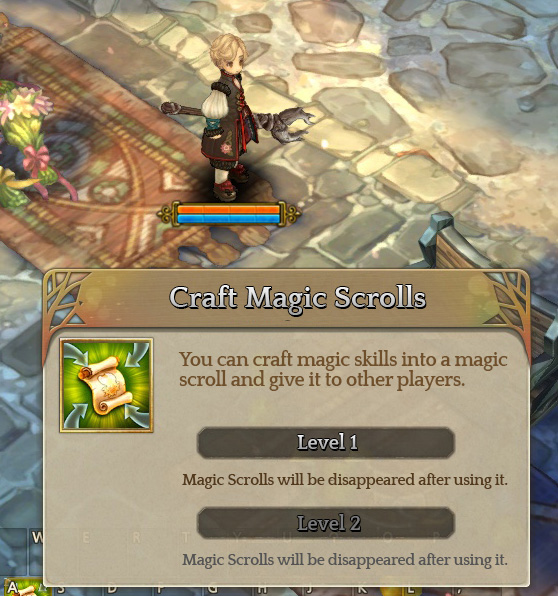 ​▲ ​Enchanters can craft magic skills into a magic scroll and give it to other players. 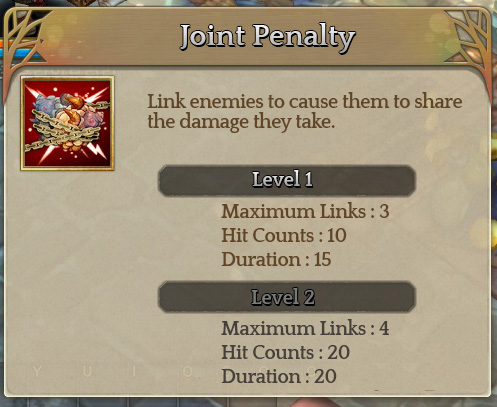 ​
▲ This means, if you are friends with an Enchanter, you can use Joint Penalty. 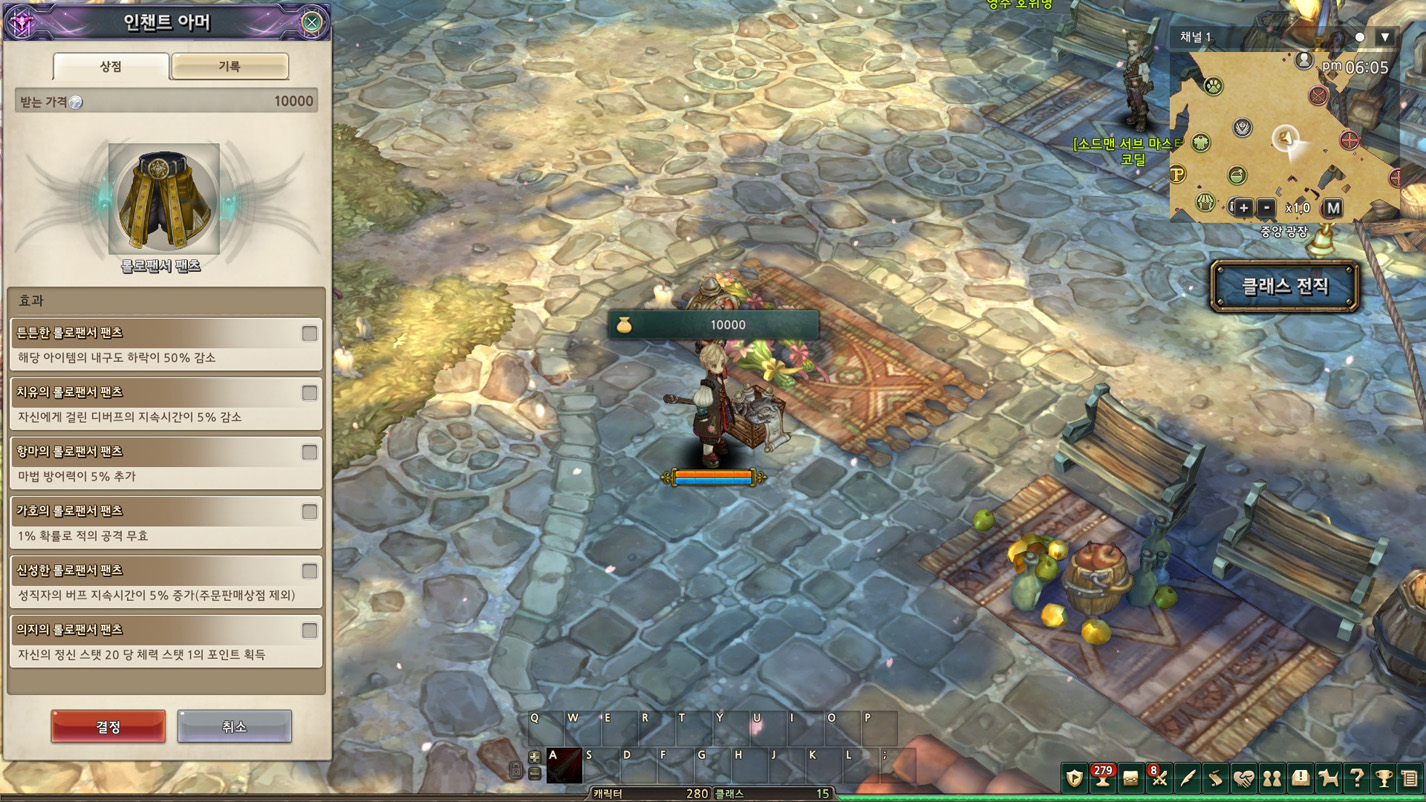 ​
The store’s customers can choose their desired options listed on the shop and the enchanted item will have a corresponding prefix in front of its name.  The effect lasts for 24 hours and the number of available enchantments grows with the skill level. Enchanter C1 can only enchant Armor items such as tops, bottoms and shields.
Previous