Questions and Answers about TOS #1

Hello. We are "Tree of Savior (TOS)" development team.
This blog was created to share you our development process and more information about TOS.

We were thinking what we should start with and after some thoughts, we decided to start off our blog by answering the questions that were delivered to us the most.
The contents and the images below do not reflect the final version of the game since we are currently developing the game.  Therefore they may get changed or modified in the future.

Q1) Is this Game MMORPG?  After seeing the video, it also looks like MO.

A1) TOS is an authentic MMORPG where you can meet lots of people in random in various fields and villages and you will also experience the same event with everyone else when you visit a particular place at a particular time. 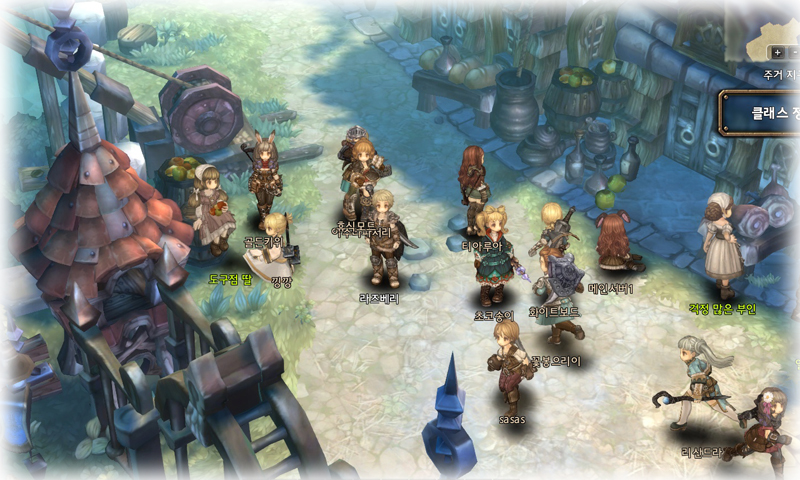 ▲ Of course, villages will be filled with lots of people.

While you are doing a scenario quest, cut scenes or event scenes will appear and to avoid interruptions from the other players, you will be temporarily switched to independent mode.  This may have confused you that TOS looks like MO, but the most of fields and dungeons will be played in MMO style.

Q2) Is this game played by keyboard? is it not possible playing with a mouse?

A2) TOS is a type of game that requires player's actions.  Timeliness, location, and directions play important roles.  You will be able to move using cursor keys on keyboard and you will attack using Z and X keys.  We have concluded that it is hard to follow these moves using a mouse so we  have decided not to use a mouse except for clicking on UIs. 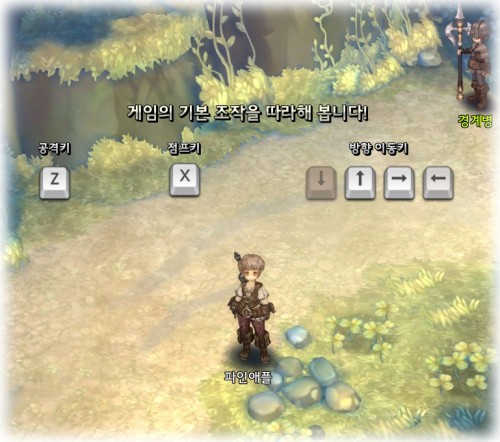 ▲ A piece of information for those of you who will start to shake your mouse once the game gets started.

We are currently testing  to see if making the gamepads compatible with the game will be feasible.

A3) No.  character's gender can be chosen freely. 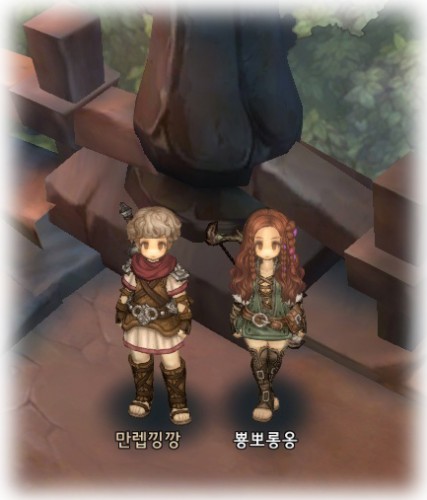 Q4) What type of classes are available in this game?

A4) When you first create your character, you can choose among swordsman, wizard, archer and cleric which are four basic classes.  These characters will grow as their levels increase and the basic classes can be switched to upper classes within each class. 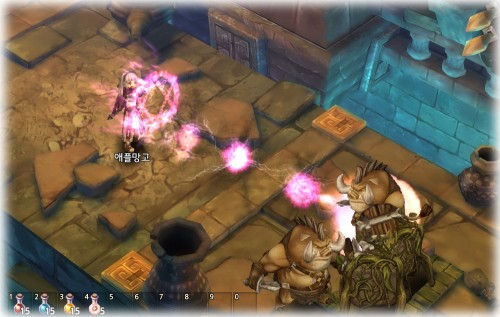 ▲ Each class has it's own unique skills and attributes.

Q5) Are the maps in this game zone type or seamless?

A5) The maps in the game are zone type.  We think they are more suitable for classical game type.

Q6) How can I dress up my character?

A6) When you switch to an upper lever class, the costume which is exclusive for that class will be available.  Of course, you can keep using the costume you had before.  There are some exclusive costumes for the basic four classes as well and you can wear those costumes regardless of which upper class you have switched to. 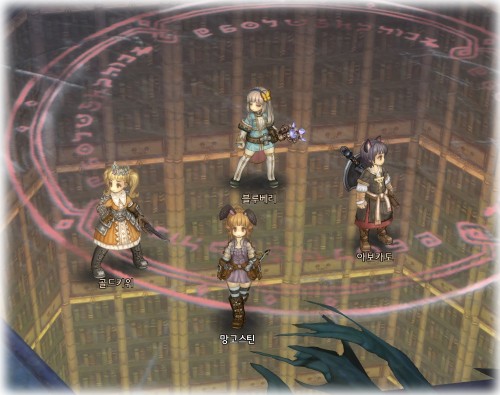 ▲ Characters are posed with diverse costumes, items and accessories.

There are also accessories for characters' hair and head, and the weapons and the shields that are in use will be also shown in the game.

Q7) Is there  PvP in the game?
A7) We are not planning PK system which players can be engaged in PK anytime they want on the fields.  However, we are planning some kind of Tournaments which will be held periodically. 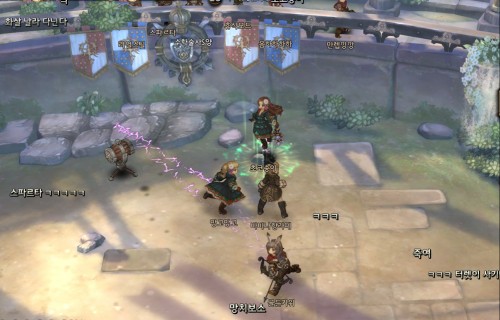 ▲ Weird looking letters shown above are the texts that the spectators have typed
Let's hear some booing to the enemies of our friends!

Tournaments can be participated in both single and party mode and if you win a tournament, you will get to keep the trophy until the next tournament.  We are also preparing large scale PvP contents which lots of users can participate together.

Q8) Is this game more focused on quests?

A8) We are preparing a large volume of quests, but except for a few main scenario quests, most of the quests will be non-mandatory quests which can be chosen by players.  Therefore, ways to enjoy TOS can be diversified.

However, in [Adventure Journal], individual records of completion will be saved and each player will be able to do more and get more in the game based on the completion record so we recommend you complete as many quests as you can.

Q9) What are the system requirements for this game?

A9 We haven't finished optimizing the game, but our plan is to optimize the game so that the game can be played on Ultrabook notebooks which are currently sold outside.

If you have more questions, please send them to us.  We will collect them and answer your questions on Questions and Answers about TOS #2.