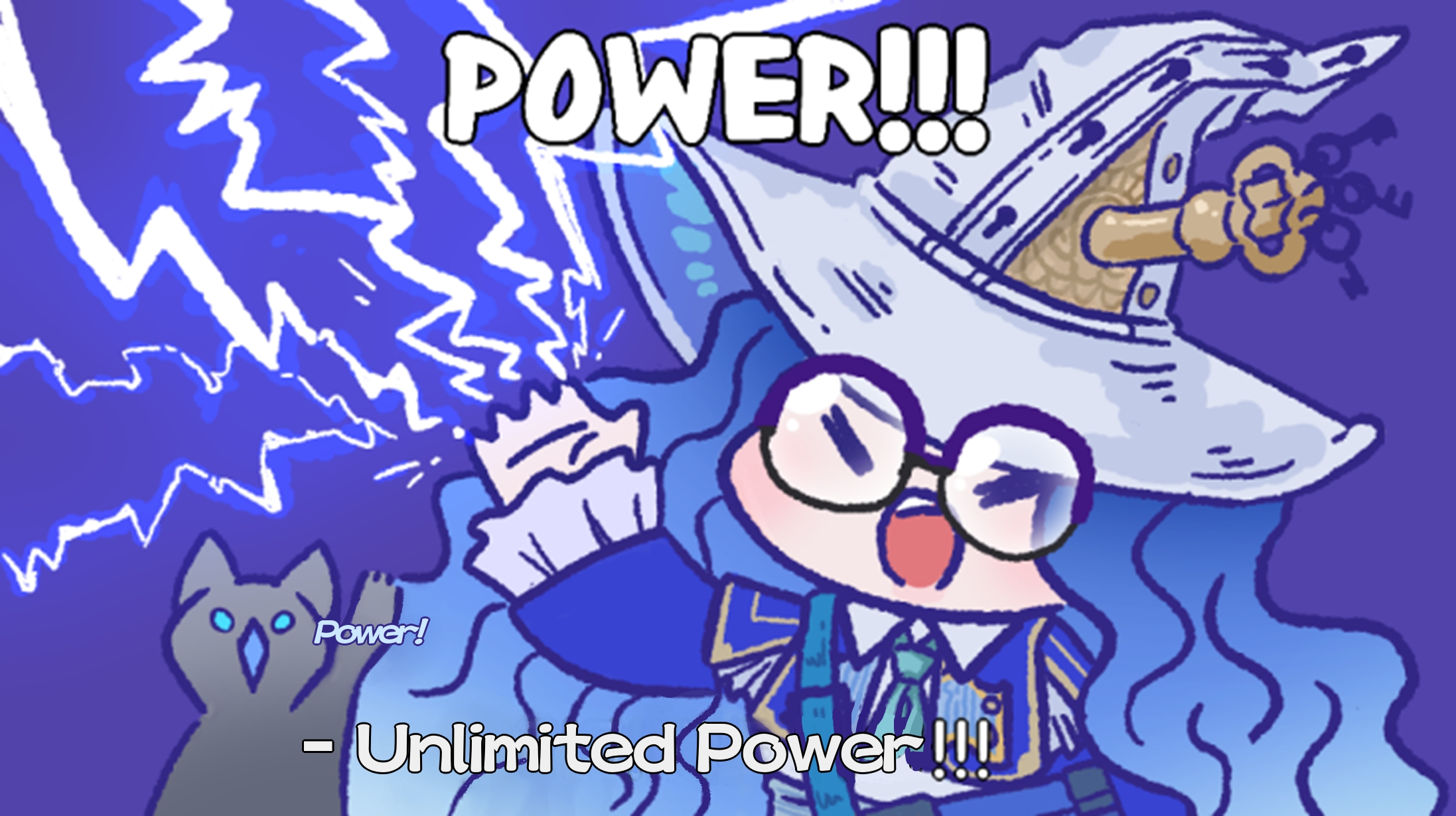 Keraunos, a Lightning Type Magic class of Wizard class will be added on the next big update.

“Keraunos are those who have learned how to use the power of lightning in a different way through endless research.”

“They send the current down themselves and quickly pour out powerful attacks for a while.”

Keraunos uses Lightning and controls the Cooldown of attack skills to maximize the firepower.

※ Details of Enhance and Enhanced upgrade will be posted later when applying to the live server, and may change.

With the Keraunos update, some of the Wizard classes will be adjusted as well.

Featherfoot class will be adjusted as a class that changes the combat ability according to the SP rate.

When you activate the Curse of Blood, the basic buff, SP recovery becomes unavailable and as the SP rate decreases, the power of the skill increases and consumes more SP.

Also,  it can recover SP by consuming HP with a certain skill.

※ Attributes related to the Blood Sucking, Bone Pointing, Kurdaitcha, Levitation, Blood Curse will be deleted and new Attribute will be added.

PvP and PvE can be clearly divided by [Arts] Cryomancer: Thin Ice and the skill factor will be adjusted.

Existing Vaivora Vision - Eternal Frozen Land will be changed to a new item that can be used more easily.

Vaivora Vision will be added and the skill factor will be adjusted.

Saint's Sacellum and Delmore Battle field will be changed as follows.

You won’t need to receive party raid recipes via Auto Match. Thus, if you need enhancement ingredients, you can freely play solo content whenever you want.

Also, the drop rate for the recipe is now 20%, the expected recipe was 2 based on 3 characters playing 10 times (2 times x3 players + additional 4 times by purchase). However, when the change is applied, one character can enter 3 times (1 time + additional 2 times by purchase). Other characters can also enter 1 more time each by setting the gear score and party which will lead to more playing in party raid than before.

Entry Vouchers provided by items will still be valid (including the entry voucher crafted by the recipe). The number of entries will be changed from ‘1 time available’ to ‘(0/1)’.

Succubus will be added to the Weekly Boss Raid! Summons of Succubus appearing in combat will constantly disturb saviors. Title and doll will be given as a reward to the Succubus rankers.

Pilgrim system, which consists of a maximum of 5 members is a fixed party system.

You can play a certain difficulty of content by creating a Pilgrim group.

The first contents of Pilgrim are Delmore Battle Field and Goddess Message: Memory of Flame. This can be played only in Extreme mode. 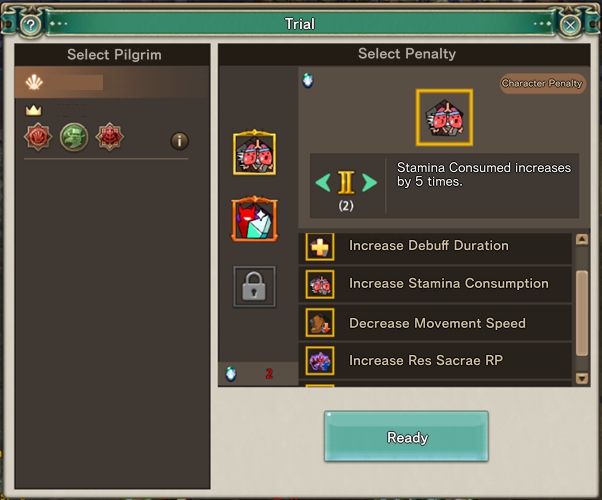 In Extreme difficulty, you can create a Pilgrim group that the season (week) requests, and will compete by groups with a clear record.

The group can also set Trial (difficulty) in Extreme difficulty. The higher Trial grade and the faster clear time, the higher rank is set. We are planning to count the rank every week and provide Speech Bubble with no time limit or so.

To make saviors get various benefits by playing content continuously, we are planning to improve the Contents Point system.

Weekly acquisition limit of Contents Point will be changed from 5,000 to 50,000.

Also, we are planning to add [Acquisition +200%] for Weekend Burning event. 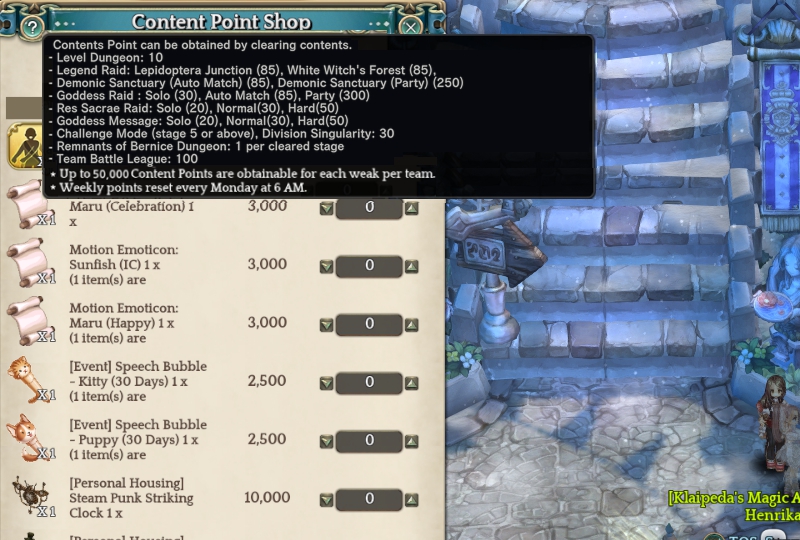 Also, items that can be purchased at all times will be added to the Contents Point Shop, and exchangeable items will be renewed. 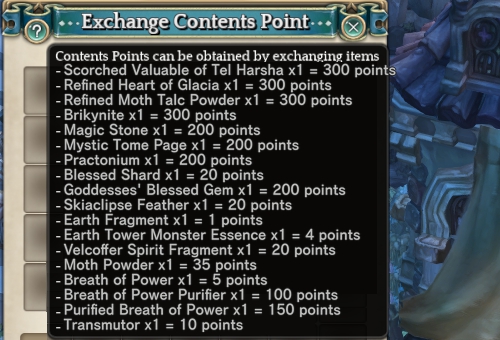 Not only the Contents Point, but also items that can be purchased with various coins will be added to the Achievement Shop.

Item list is as follows and we are planning to add items continuously. 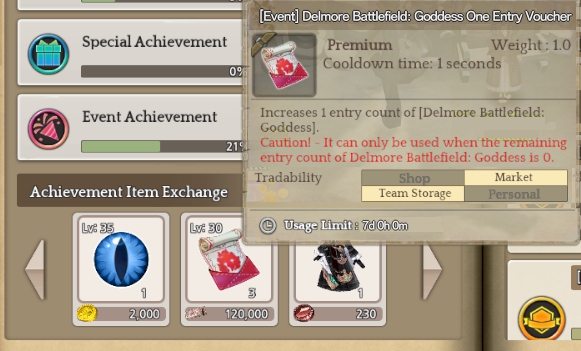 This concludes the posting.

This New Class - Class Adjustment will no longer be periodic but will be updated occasionally from now on in order to make more completion on development.

We are sending you a sincere apology that we couldn’t keep our promise about various updates, but we will focus on making content and balance with better quality.

※ Contents may change when applying to the live server.