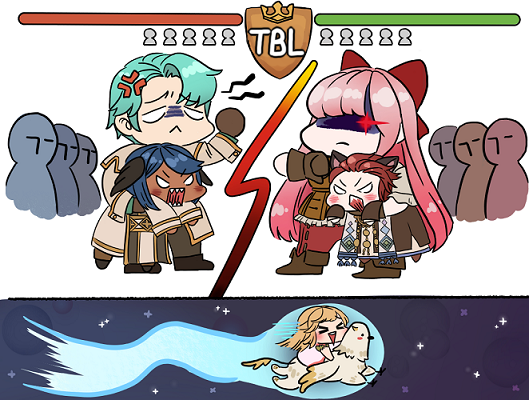 Hello, this is Tree of Savior Developer.

This post is about a Team Battle League adjustment and Mount System.

The combat map will be changed from a narrow circled stadium to a wide squared stadium. Also, 3 vs 3 3 wins from 5 combat is changed to 5 vs 5 2 wins from 3 combats. Because the game has a large performance variation depending on the team combination, a 3 vs 3 match in a narrow stadium has a high chance to have the win or loss decided, and the burden of one player's role was also big.

In new Team Battle League, the burden against one player can be lighter, and the Healer will be distributed to each team.
This system does not match the number of Healers exactly the same, but distributes the Healers from 10 players to each team first and then distributes other players (one team can have 1 more healer).

Healer in this post means a character with 1 or more following classes in the build.

Even you don't use Heal nor the related equipment, you will be targeted to be distributed as Healer if you have the class in your build. (It may be changed/adjusted.)

You can now see the battle not by sitting in the location of the stand, but with the newly added Free Camera and Character Focus Camera when you access watch mode. The stand is no longer accessible, so characters in combat cannot go to the stand during the battle by warp or so.

Character Change System is a system that enables to change the character to another character in the Lodge when the round ends in the Team Battle League.

If multiple characters are set, you can change to another character after the round. The character you want to change must be ready since you cannot hand over the equipment equipped to the character. Character cannot be changed during combat. Changing Character is not mandatory, so there is no problem with participating even when you have only 1 character.

When the Change Character System settles in, we are considering holding [The King Of Saviors], which is a weekly league where participants prepare at least 3 characters to change when the character becomes incapable of combat during a single round.  We are also planning for a PvE content using this character-changing function.

When the Team Battle League ends, seasonal coin Goddess Token (Gabija) will be given, and coin that can purchase exclusive reward for Team Battle League will also be given. Reward will differ greatly according to victory or loss, and MVP will receive rewards regardless of the outcome.

Because you can change the character in Team Battle League, the score and reward will be set as a team.

With the adjustment, new achievements and titles will be given.

PVP Balance will be adjusted with this adjustment and adjust little by little as frequently as possible.

Every equipment's ENH and TRA value will be set equally and the level will be calculated as 460.

Other weapons and Armor will be applied as same.

PVP adjustment is also for skill and items. The following effect is applied to each Team Battle League and Guild Territory War.

Besides these, there will be adjustments for skills.

Mount System for moving convenience and content will be added. You can receive mounts from new content's achievement. Mount basically has fast Movement Speed and has its own special ability. Mount is faster than the companion and when moving the area, the mounting status maintains. We are planning to update the Mounts consistently so that it can help players to play content.

Mount has following features and the main mounting class can get the effect of the Mount in a different way.

How to receive Mount

For 3 new Mounts which will be updated in the near future, they are going to be given as a reward of achievement for high-difficulty content. Mount provides useful effects for content with a special appearance, and to have Mount with you will give rareness just like the title. Thus, a new achievement that gives Mount as a reward will be added to Heroic Tale, Bounty Hunt, and Saint's Sacellum according to a certain record.

※ Achievement that you can receive Mount will be separate from the previous accumulated Achievement Point.

Also, besides the permanent Mount that you can receive via Achievement, we are planning to provide periodic Mount as a reward for events or New/Returning players, and planning Mount with a fun appearance for Goddess' Cube.

Mount for this first update has a special function related to Bounty Hunt such as increase Movement Speed, increase damage to the wanted or boss monster, evade attack from wanted monster, mark boss monster's attack, etc. Also, new Written Order that can trace stronger monsters will be added.

Guild Community will be changed from board type to channel type. The developer is looking forward to that saviors can easily share information and interest with guild members with this change.

Guild members with channel creation authority can add channels and guild members who want to enter the Group Chat can select the channel to join the chat. Also, you can use the shortcut function to expose it on the upper side so that you can check the channel afterward.

▲ Notice is always on the upper side.

On/Off mark of the channel participants

Guild member who participated on the channel can check the members and their current logged-in status by Channel Member List. 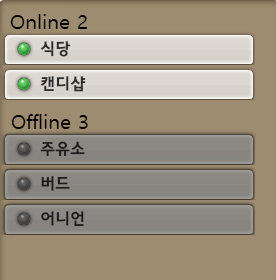 With channelized Guild Community, you can communicate with more variety issues than the Guild Community in form of board. You can share the history and rules of the guild with the new member and share different information on how to win content channel, trade channel, etc with members in a different playing time.

Also, you can debate important agenda about guild by making private channel with Guild Masters or manager. This is all for the preview of Team Battle League Adjustment and Mount System. It may change when applying to a live server.

Thank you for your interest.

※ Contents, values, and attached materials described in this posting may be added, deleted, or changed when applying to the live server.