Spooky demons have invaded Klaipeda on Halloween! Help defeat the Wicked Witch and retrieve the townspeople's treats for fabulous prizes.

- this event is open to all players

- Halloween Midnight Rumble is an event where players collect 'Sweet Treats' that can be traded for various items at the event shop.
- Up to 2,000 Treats per Team per day can be obtained by completing Level Dungeons, Unique/Legend Raids, Earth Tower, Uphill Defense, Saalus Convent, Mercenary Post Missions, Challenge Mode Stage 5, and also by defeating monsters in the Fields and Hunting Grounds.
- Players can also earn up to an additional 2,000 Treats per Team per day by logging into the game and participating in the Halloween Midnight Rumble Event Dungeon.
- The total amount of Sweet Treats that can be obtained per Team per day is 4,000.

* Amount of Treats earned for the day can be displayed by typing '/candy' in the chat.
* Up to 2000 Sweet Treats can be obtained by completing various in-game contents per day per Team.
* Another 2000 Sweet Treats can be obtained via Log-in rewards and by completing the Halloween Midnight Rumble Event Dungeon.
* The maximum amount of Sweet Treats that can be earned per day is 4000 and the limit is reset daily at 0:00 AM EST.
* All monsters of level 50 and above in the Fields and Hunting Grounds that are within level 30 range of the Player Character's level will drop Sweet Treats by chance.
* Log-in rewards are available per Team and all Characters within the same Team will share the accumulated log-in times.
* Sweet Treat items will be made available in your Character's inventory when enough log-in time has been reached.
* Log-in Reward counts are reset at 0:00 AM EST, and a Player will only be able to receive 50 Sweet Treats when logging into the game at 11:00 PM EST the previous day.

How to Defeat the Wicked Witch

- The Wicked Witch can be difficult to defeat because she has an extraordinary HP recovery and pushes player characters away every 1 second using the powers of the Scarecrows.

STEP 1. Collect the [Spoiled Treats] by defeating Amberdogs scattered around the map.

STEP 2. Approach the Scarecrow and press the space key to use the [Spoiled Treat] item to charge and deactivate the Scarecrows.

STEP 4. The Wicked Witch will be vulnerable to direct attacks from the player when the Scarecrows are deactivated.

STEP 5. All participating players will be able to acquire [Sweet Treats] x400 when successfully defeating the Wicked Witch.

STEP 6. Each player will also receive a [Pumpkin Candy] x1 when the event dungeon has ended (available once per Character per day).

* Using the [Pumpkin Candy] will increase the amount of 'Sweet Treats' acquired by 2x for a 24-hour duration.
* Players can exit the event dungeon any time by right-clicking on the buff icon on the top-left of the game screen. 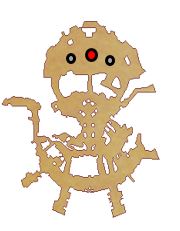 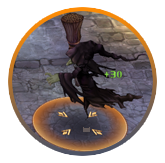 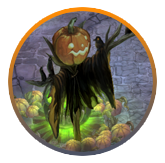 * The amount of [Sweet Treats] earned when within Sweet Magic Circle is increased in proportion to the number of stacks of 'Wrath of Klaipeda' buff that the player has.

* Wrath of Klaipeda buff stack increases by +1 every ten hits the player performs (maximum of 5 stacks.)
* Wrath of Klaipeda buff effects include: The number of Sweet Treats obtained when inside Sweet Magic Circle +1, Movement Speed +1 for a 30-second duration.
* Buff duration is reset every time the buff stack is increased.
* Buff stack will no longer increase when reaching maximum number of stacks, but the cooldown of the buff will be reset every time 10 hits are performed.
* Wrath of Klaipeda buff will be removed when leaving the event dungeon area.
* The Spoiled Treats acquired by defeating the Amberdogs are distributed evenly between party members but the Sweet Treats acquired from the Sweet Magic Cicle is earned on a player by player basis.

- Halloween Vubbe appear when interacting with the locked doors found in the dungeon area.
- They are quite agile and will move swiftly across rooftops so you must be quick to catch them.
- Every time you manage to strike a Halloween Vubbe, you will be granted 50% chance to obtain a single Spoiled Treat or a Sweet Treat.
- Managing to defeat the Halloween Vubbe yields one Sweet Treat.

- Players can obtain [Sweet Treat] x200 every time a bonus goal is successfully reached.
- Each bonus goal successfully achieved will give the party 1 Peak Time Score and defeating the Wicked Witch with all bonus goals succeeded will begin a Peak Time.

* One of three 'Mid-Boss' will be spawned at random.
* Additional rewards for reaching Bonus Goals will be issued after the dungeon has ended.
* All mid-bosses cannot be damaged by normal attacks and skills and can only be damaged through gimmicks as explained below.
* Defeating each Mid-boss will yield [Sweet Treats] x200.

- If all 3 bonus goals have been achieved and the Peak Time Score is 3 by the time the Wicked Witch is defeated, Peak Time will begin.
- Peak Time will last for 30 seconds during which Halloween Vubbe are continuously spawned on the map. 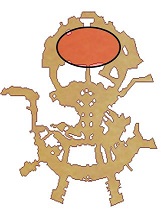 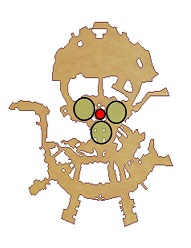 * Amberdogs will attack characters carrying the ball of light first and foremost.
* The player will lose the ball of light being carried when attacked by an Amberdog.
* Necroventer casts a debuff that slows players in its proximity every 10 seconds, which cannot be removed by any means except for the expiry of its duration. 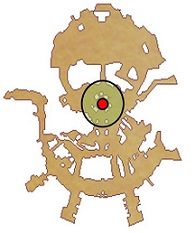 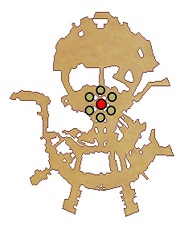