It’s been a while, but today your dev team is back with another preview of some intense balancing changes we’re getting ready to introduce in a future content update. As always, remember that this may not be the final version of all the skills we talk about here, so make sure to check the patch notes when this update arrives. 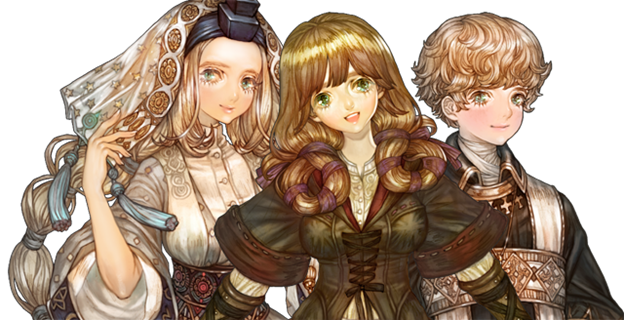 First, let’s talk about healing. Currently, the amount of HP restored by healing skills is largely determined not by the caster’s level and stats or by the skill’s performance, but by the receiving character’s capacity for HP recovery.

<Amount of HP restored by a Lv. 360 Swordsman tree character via a Priest’s Lv. 10 Mass Heal.>

As illustrated by this table, a large part of the performance of healing (90%, in fact) comes not from the skill level or the caster’s SPR, but from the receiver’s CON values.

Even when the caster’s SPR is at 300, if the receiver has a low CON value, the healing skill is unable to recover even 10,000 HP. On the other hand, a receiving character with 300 CON in the same circumstances gets more than 24,000 of their HP restored. In reality, this setup where the recovery happens in proportion to your maximum HP makes it so that supporting classes see little advantage in investing in healing skills and building their characters around that function.

After this update, the amount of HP restored will depend not on the receiver’s maximum HP, but on the caster’s healing abilities and skill level, like so:

In this formula, Healing is a new secondary stat like physical attack or magic defense, which values will be determined by the character’s SPR and INT stats on a ratio of approximately 2:1.

The efficacy of healing skills, then, will be based on your Healing stat and the skills’ own heal factors. For example, if your Healing is 1,000 and the heal factor is 350%, the skill’s final heal value will be 3,500. Any buffs related to healing will also influence this heal value.

In the future, we expect to introduce new unidentified items with Healing stats, Boss Cards that increase Healing, and accessories or consumable items that can boost the heal factor of skills. Recovery in proportion to the receiver’s maximum HP will become a feature of only some healing skills.

[UPDATE] Besides these changes, the Fletcher's Divine Machine Arrow is also set to have its overheat increased from 1 to 3, while cooldown time increases from 10 to 20 seconds.

Besides the new skill, when this update patch hits we will also be reducing the difficulty of Nak Muay class unlocking requirements.

Along with the Cleric/Archer skill renovations, we have plans to adjust the current setup of skill consumables for these classes. Here’s a summary of what changes you can expect.

To compensate players in the classes affected by these changes, when the patch is applied we will be setting up a Reset Helper NPC in-game which you can visit during a period of 2 weeks after the corresponding scheduled maintenance.

Not only that, characters in the Sapper, Dievdirbys and Inquisitor classes will be compensated for their skill consumable changes as follows.

You will be able to exchange these consumables at the reset NPC or at each Class Master. And, of course, the previous materials will no longer be available for purchase.

That’s it for today’s intense balancing patch plans. Don’t be too sad if your favorite class wasn’t featured here; we want to keep improving on the balance issues of all the trees and classes, and we’ll make sure to release more information whenever a new patch is on the way.

Thanks for joining us, and stay tuned for more news!