Future Updates in the Transcendence System

It’s your dev team here, back for another post. Today we want to talk about the supply and consumption of Blessed Gems, and reveal a few updates we’re preparing for the transcendence system. Let’s go.

Since Tree of Savior was first released, one by one, we have introduced measures to restructure the game’s economy into a trade-based setup: in today’s TOS, Blessed Gems are tradable; items no longer lose potential when they’re traded; and players have more Team Storage slots available. Increasingly, the time and effort invested into your items is worth not just their basic use, but also their value in the game’s economy. 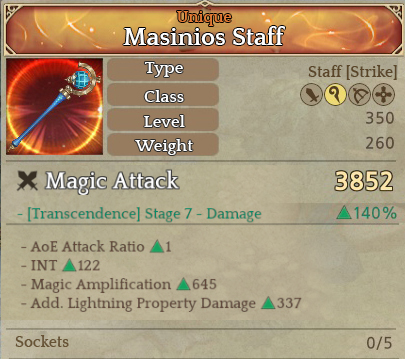 As it is, transcended items are still restricted to the possessing character, and they are one of the biggest influences in combat ability. The return rate of Blessed Shards is also high (90%), with the amount of Blessed Gems required to transcend an item currently set to that standard.

On the other hand, considering how Tree of Savior is periodically updated with new content to grow your character and new high-level equipment items, obtaining the amount of Blessed Gems necessary for one character means running the Saalus missions 10 or 20 times with multiple Convent-optimized characters. 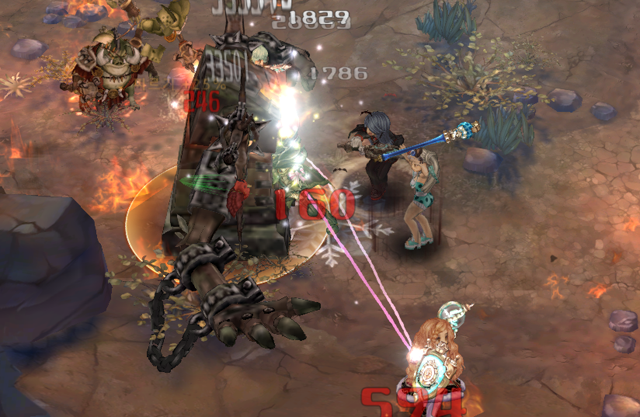 Experiencing different class builds is an important element in the game, so having this environment where players are compelled to create certain characters out of the need to follow the current status in item balance and repeat the same missions over and over again is less than ideal. 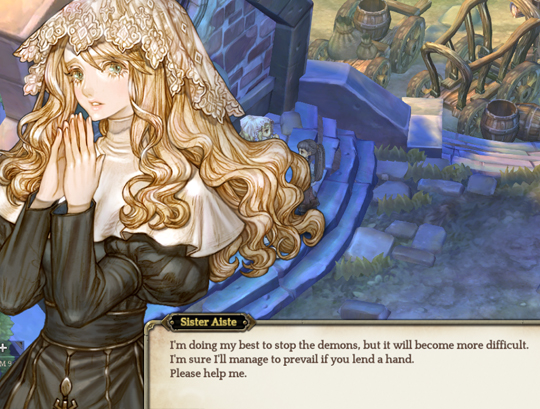 Saalus Convent mission rewards will be changed to the following.

Your team will continue to receive Blessed Shards through the bonus Cubes until the third run of the day. From the fourth run on, however, each character will only receive one Cube of Blessing per run.

In the updated Cube of Blessing, the chances of acquiring Blessed Gems increase by 20 times (from 0.15% to 3%). Reopening the Cube, however, will not be possible. Statistically, the expected number of Blessed Shards dropped per Cube of Blessing will be 1.3, and Blessed Gems will not drop from bonus Cubes. 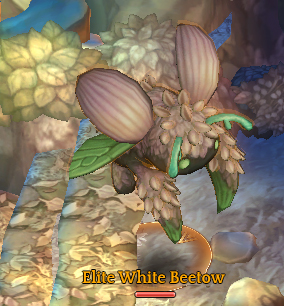 After this update, Blessed Shards will drop not only from Hunting Grounds, but also from Elite monsters in regular fields starting at level 240. These monsters can drop up to 2 Shards at a time, but not if they are 30 or more levels below your character.

We will also be increasing the chances of acquiring Blessed Shards in Hunting Grounds by about 3 times (the drop rate of Elite Monsters, however, will be the same as those from regular fields).

To go with these changes, we are introducing a new RvR feature called the Baroconsi Crystal Mine Feud.

The Baroconsi Crystal Mine is a resource long known by the Kedora Merchant Alliance, but it is only now beginning to be explored. In order to protect the mine, the Alliance has made it accessible only through a magic portal and, to ensure that the location is well guarded and increase productivity in the mine, they have hired a series of different mercenary groups.

Recently, the Alliance announced plans to temporarily grant exclusive rights to the mine to the team that produces the most yield. Naturally, this heightened the competition between the mercenaries and, after an initial brawl, only two groups remained: the Pledge of the Blade and the Golden Note.

Both units are now recruiting talented fighters to join the fierce dispute for the Baroconsi Crystal Mine. 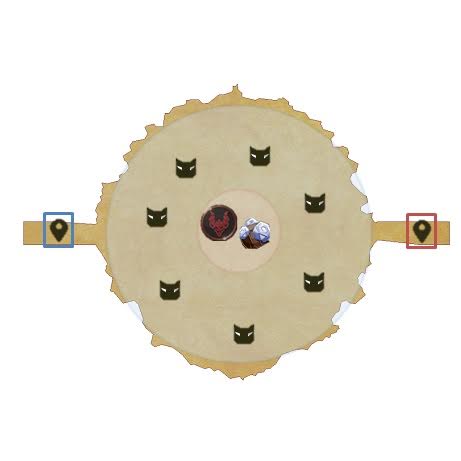 Players participating in the Crystal Mine Feud get randomly assigned to either the Pledge of the Blade or the Golden Note camp. Once inside the mine, players depart from their team’s base camp and defeat nearby monsters to collect Gemstones. Your goal is to take as many Gemstones as possible back to your team’s camp within the time limit.

The number of channels in the mine expands according to the total number of participants, but even on different channels all players on the same side (Pledge or Note) will count as the same team. After the session starts, however, you cannot change to a different channel.

There are a few strategic elements to take into account inside the mine. First, in the center of the mine is an area with rocks that provide even more Gemstones than the regular monsters. Second, the team that defeats the mine’s boss monster is awarded with a buff that lets them collect twice as many Gemstones.

Depositing large amounts of Gemstones at once in your team’s base camp earns you more points than bringing them in little by little. You can prevent other players from gathering Gemstones and, if you defeat an opponent, you gain half of all the Stones they’re carrying. 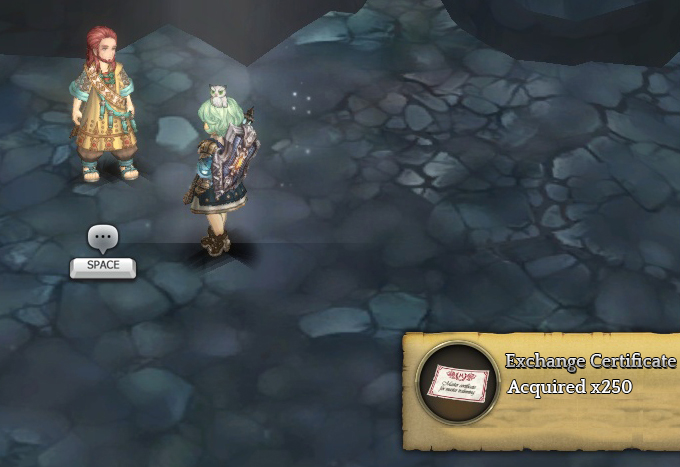 If a player becomes incapable of combat inside the mine, their character can start again from the base camp after 10 seconds, and they’re granted a period of 30 seconds of immunity. There are no penalties applied for becoming incapable of combat during the session (no Gem drop, Silver loss, etc.), but on the other hand, you can’t use Soul Crystals to revive instantly. 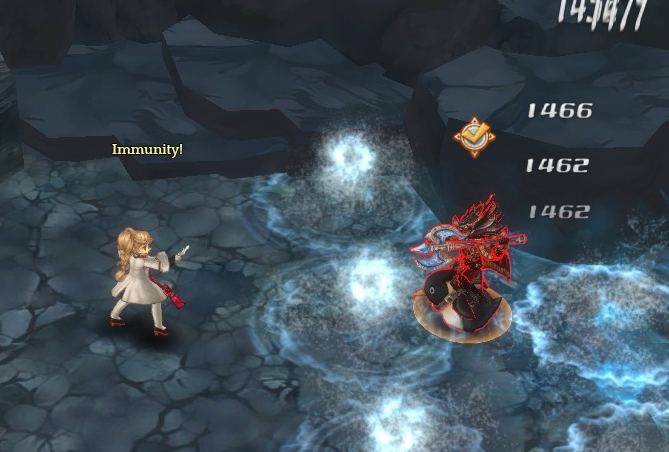 In the Crystal Mine Feud, characters with lower combat power and players who prefer a stable play environment can stick to the rear areas of the mine, defeating monsters and stacking up points for their team. In turn, those with combat-focused characters or a more audacious spirit can venture into the depths of the mine to collect large amounts of Gemstones or interfere with the opposing camp.

After the end of the session, the results of both camps are counted from all channels to determine the winning team. 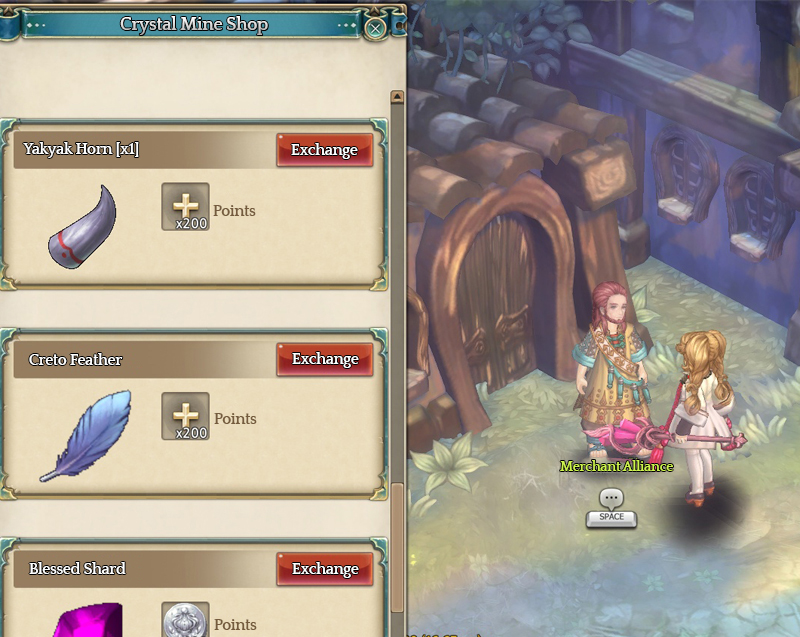 Then, the participants receive the amount of points they collected during the session, with those on the winning team also drawing a bonus amount. With the points, players can purchase Blessed Shards and other items from the Crystal Mine Shop.

We’re still working out the details regarding level restrictions, how frequently we want the Crystal Mine Feud to open, and at what times. That information will likely be revealed through a future update, so keep an eye on our channels.

As the biggest factor in Blessed Gem consumption, the transcendence system is set to undergo a few significant changes. To summarize: 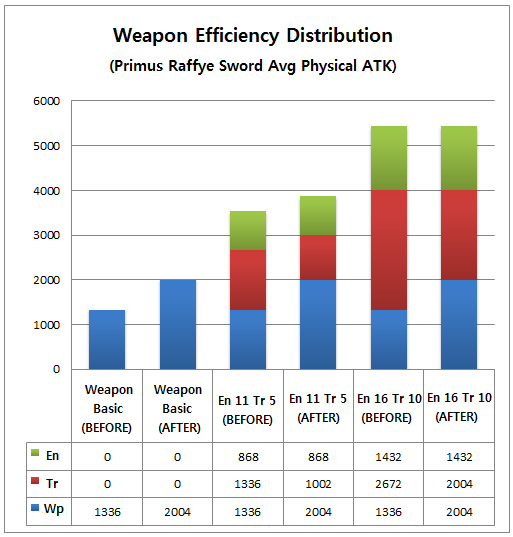 As you can see from this graph, with transcendence effects reduced to 10% per stage and basic weapon value increased by 50%, the actual increase obtained from transcending the item only reduces by 25% (from 20% of 100%, to 10% of 150%). In terms of concrete performance, there is little difference in items transcended to Stage 10, but a visible increase in lower Stages.

After the update, even with no transcendence applied (2004), the weapon performs similarly to one transcended to Stage 2.5 in the current game. At Stage 5 (3008), its effects become comparable to a current Stage 6 (2941). 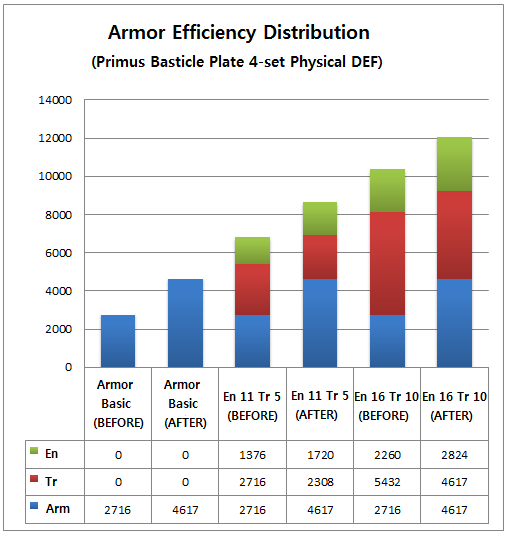 Armor items receive a 70% increase on their basic value, getting the Lv 350 Unique Primus Basticle Plate Armor, for example, from 764 to 1298 after the update. Unlike what happens with weapons, armor items still see a significant increase in performance when transcended to Stage 10, in this case going from a physical defense value of 2292 to 2695.

Plus, by increasing the enhancement value for armor items by 25%, we hope to tackle the current disparity between weapon and armor enhancement increments. And by the way, these armor updates include shields, but not bracelets or necklaces.

<Primus Basticle Plate Armor enhancement effects before and after the change (+25%).>

We consider the current transcendence system to be a little too far ahead of the game’s update cycle, with both performance and requirements set unnecessarily high, and equally hefty Blessed Gem return rates, compared to effect. 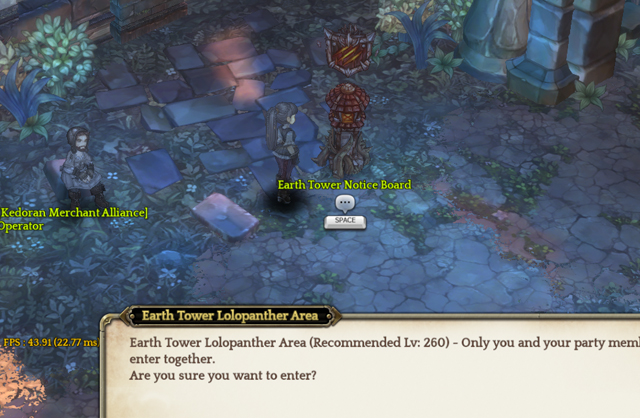 The difference transcendence makes in the performance of equipment items, combined with the time requirements associated with the system, are one of the main factors contributing to the disparity between players. Of course, it’s only fair that a player who invests more time and effort should obtain better results, but if the gap is too wide it becomes more and more difficult to maintain an environment where players of all types can participate together, not to mention the contrast it creates in terms of content difficulty.

Our main goal in boosting non-transcended gear is to allow average players a little more comfort in the fields (daily quests, scenario quests, Elite hunting), without interfering excessively in the difficulty of end content.

The other big changes coming up are, as mentioned above, reducing the amount of Blessed Gems required by 50% and eliminating the extracting functions. To sum up:

- Blessed gem extraction and item extraction menus will be removed from the Blacksmith NPC.
- Spell Rods and Hammers of Dismantlement will no longer drop.
- The 50% decrease in required Blessed Gems has already been applied to the future Velcoffer Legend gear series, so it won’t be further affected by these measures. 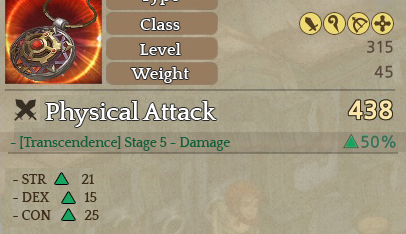 So far, the basic stats of most bracelets and necklaces have offered little more than a low increase in magic defense. Now, we’re getting ready to introduce new accessories with physical attack, magic attack, and higher values of physical and magic defense. These items will be transcendable, and like other equipment their main stat can be increased up to 2 times the original value. 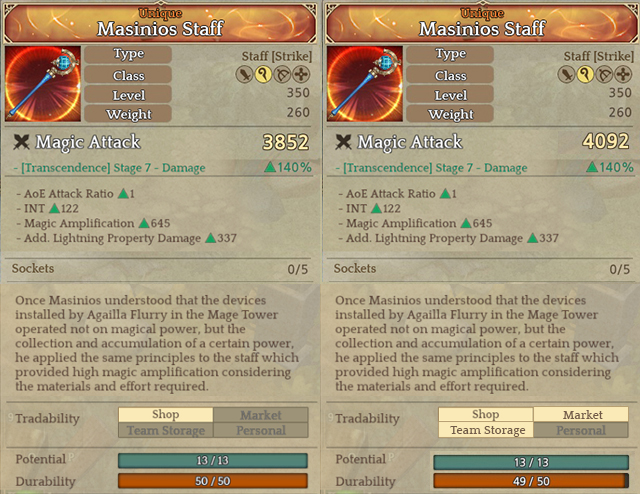 After the diversification of Blessed Gem sources and transcendence system revisions, we have plans to expand the tradability of transcended items, allowing players to deposit them in the Team Storage and trade them at the Market. We won’t be opening 1:1 trades for transcended items, however, so there will be no trade count restrictions or penalty fees associated with that.

Once the Market is open to transcended equipment, we expect to increase the cap on how much Silver a character can own from 200 million to 1 billion, to account for the higher prices associated with these items. Market registration fees will also be revised as follows.

With these changes, players will be able to use their hard-earned transcended gear for multiple characters, or sell it at the Market to others. This will allow reasonably transcended items to circulate in the market for as long as their performance allows, and give players of all kinds a chance to obtain them.

To sum up, taking our Primus Raffye Sword example (transcended to Stage 5), here’s a comparison of what you could expect after the update.

In order to expand the range of uses given to Blessed Shards, we’re developing a new potion that can be crafted using the Shards as a material. 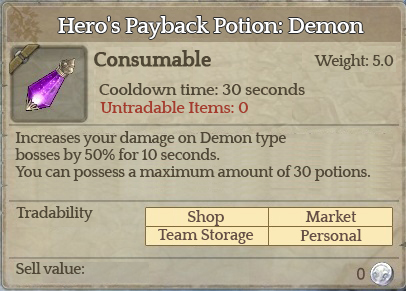 This potion won’t be as potent as the current Boost Potions you can get from Guild Quests, but we also want to have Boost Potion recipes drop from the Challenge Mode on Stages 6 and higher. These recipes, too, will require the use of Blessed Shards.

Finally, we have an idea to diversify the sources of Blessed Shards involving the business of Traveling Merchant Geraldas.

In this new function, players can exchange material items or recipes they collect while farming for different amounts of Blessed Shards. The list of items accepted by the Merchant will be different every day, and there will be a limit to how many items you can trade there per day (per team).

Thank you for joining us, and remember that the content discussed here may not look exactly the same when it’s applied to the game. Make sure to keep up with future dev blog posts and the patch notes for more details.