This week’s content update brought in its fair share of new features and additions. In this post, we’re breaking down some of the most important gameplay changes from last maintenance to get you on top of the latest updates.

For the full list of changes and additions, make sure to check out the patch notes from February 20, 2018.

Advanced into a class you didn’t mean to or ended up not liking? The Rank Down system was made for cases like yours. Here’s what you need to know about it.

1) The Rank Down system allows you to revert back to the Rank you were before your last advancement.

2) When you use the system to go back one Rank, all the skill and attribute points you used on your latest class/circle are returned to you.

3) Your total Class EXP will also reset back to the value it was right before your latest advancement.

4) You can only use the Rank Down system one time per Rank.

5) After using the system to go down one Rank, you can no longer use it to go back to a Rank lower than that. 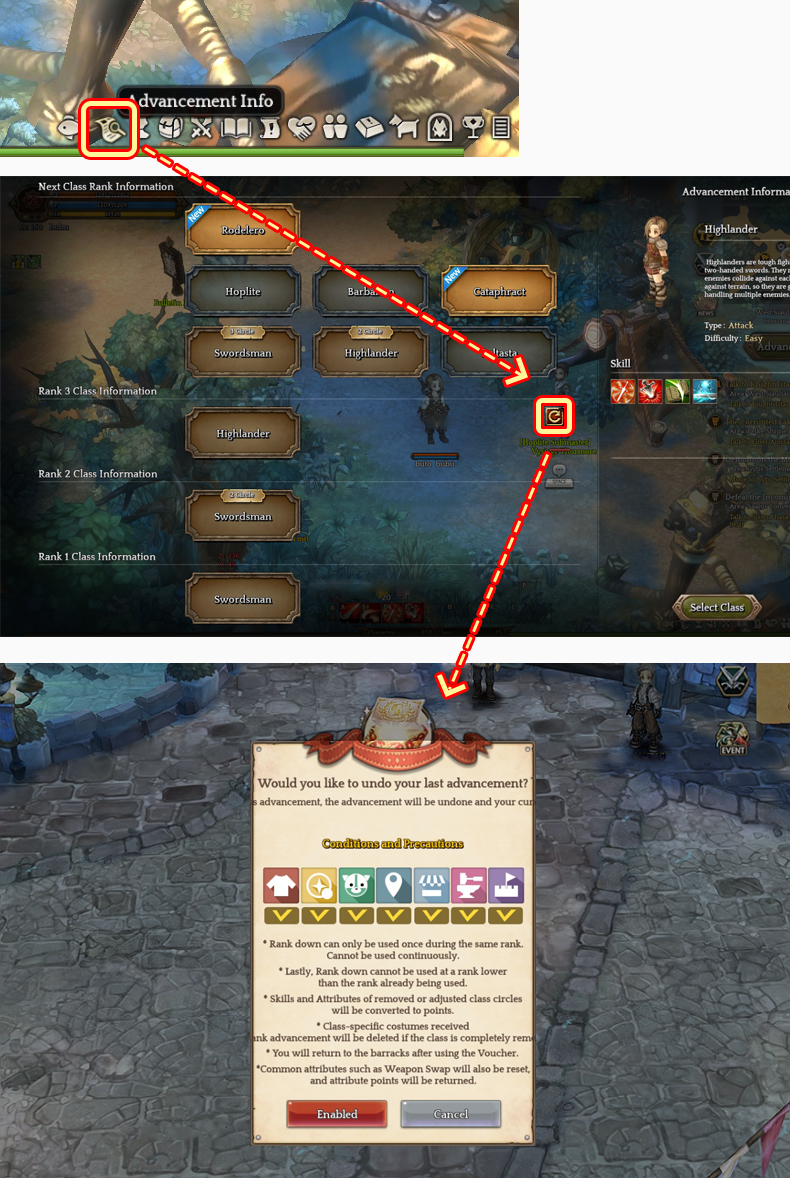 <The requirements for using the Rank Down system are the same as the Rank Reset Voucher. Make sure to read all the instructions before rolling back your Rank!> Geraldas is a new Gem merchant NPC that appears every 3 hours (from 00:00, server time) in the city of Fedimian.

At this NPC, you can trade Silver or Ancient Gold Coins for one random Gem, but there are a few things you should keep in mind:

There are two ways to purchase Gems from Geraldas:

<This is what the new White Gems look like.>

If you follow our dev blog closely, you may have noticed these Gems making an appearance in a previous post…

White Gems are a new type of Gem you can get from Hunting Grounds, which have the ability to increase your Looting Chance when equipped. These Gems are rarer than other types of Gems and can be equipped on top, bottom, weapon, subweapon, boots and gloves equipment items.

Because of their effects, White Gems are best used on gear with some Looting Chance to create equipment sets for farming purposes.

Besides White Gems, we also added 40 new types of Monster Gems, the full list of which is included in the patch notes for February 20, 2018. A new roster of Monster Cards is here, including cards from all 4 colours. Have a look at the table below.

We also edited the tooltips of 18 existing Monster Cards to make their effects clearer to understand. Here they are: