We would like announce our plans to merge game servers in regions currently operating two servers, i.e. North America and Southeast Asia. In about one month from the date of this announcement, we will be combining [NA] Orsha into [NA] Klaipeda, and [SEA] Varena into [SEA] Telsiai, leaving each region with a single active server.

The merge of servers is expected to take place on March 13, 2018. In this notice, we would like to make clear how the merge will be processed and what you can expect if you’re playing in [NA] or [SEA].

Please make sure to read and understand the entire notice.

How will the servers be merged? 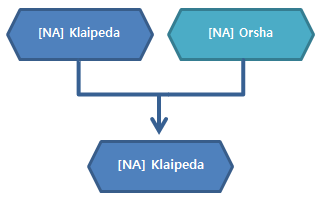 [NA] Orsha will be merged into [NA] Klaipeda, meaning that the North America region will be left with only one server combining the populations of both. The server will continue to be called [NA] Klaipeda.

If your team is in [NA] Orsha now, it will be in [NA] Klaipeda after the merge. 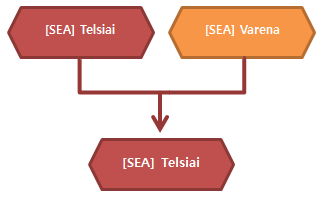 Similarly, [SEA] Varena will be merged into [SEA] Telsiai. All teams in the Southeast Asia region will be combined into one single server: [SEA] Telsiai.

If your team is in [SEA] Varena now, it will be in [SEA] Telsiai after the merge.

IMPORTANT! What happens if I have a team in both servers?

If you have a team in both servers of the same region, some elements of your secondary team may not remain in the merged server.

One of your teams will be automatically selected as your main team, based on the following criteria:

IMPORTANT! Will my team/character’s data be deleted?

Below is a breakdown of how each element of your team and characters will be processed during the merge. Make sure to read the information below and understand how the merge will affect your account.

1.1. Team Name
- Your Team Name will be the name of your main team.

1.2. Team Level
- Only data from your main team remains.

1.3. IMPORTANT! Character Slots (including Companions)
- Your Lodge in the merged server consists of 4 basic character slots, plus any premium slots you may have purchased (sum of both teams). For example, if you purchased 1 slot in server A and 2 slots in server B, your total in the merged server will be 4 basic slots + 1 premium slot + 2 premium slots = 7 character slots.
- Excess characters will not be allowed (this depends on your total of character slots available). Please purchase additional slots or delete unwanted characters before the merge.
- If you still have excess characters in your Lodge, some characters of your secondary team may become unavailable and you will not be able to login to the game after the server merge, so make sure to prepare in advance.
- If you own more than 26 premium slots (sum of both teams), you will be compensated in TP for the excess slots.

1.4. Team Storage Slots
- Only data from your main team remains.

1.6. Lodge Skins
- All premium lodge skins remain.
- If you purchased the same skins on both servers, you will be compensated in TP for the repeated skins.

1.7. Parties
- Your parties will be reset. You can create a party again in the merged server.

2.2. Guild Name
- If two Guilds have the same name, the second Guild will automatically be renamed “Guildname_1” and receive a Guild Name Change Voucher as compensation.

2.3. Guild Wars
- All Guild War data will be reset. You can declare war again in the merged server.

3.1. Character Name
- If two characters in your team have the same name, the second character will automatically be renamed “Charactername_1”.
- After the merge there will be an event that allows you to change the name of any character for 1 TP.

4.1. Team Storage
- Only data from your main team remains.
- Items from the Team Storage of your secondary team will be deleted. Make sure to move any items you need to the Personal Storage or Inventory of characters that you will be keeping in the merged server.

4.2. Collections
[UPDATE] - Only data from your main team remains.

4.3. Market
- All items registered for sale will be automatically cancelled and sent to the corresponding character’s Market Retrieve tab.
- Market registration fees will not be refunded. If you want to avoid losing the Silver spent on your registration fees, please refrain from registering items in the Market right before the merge.

4.4. Remaining Data
- The merge will not alter any of the following data about your items: Silver, equipped items, Inventory, Personal Storage, Market Retrieve tab, locked items.

5.1. Premium Items
- Premium items belonging to the team/characters remaining in the merged server will not be altered.

5.2. Premium TP
- If you have a team in both servers, all the Premium TP of your secondary team will be sent to your main team.

5.4. Event TP
- If you have a team in both servers, all the Event TP of your secondary team will be sent to your main team.

5.5. Token
[UPDATE] - Only data from your main team remains.

We will keep updating you via the News page on the details of the server merge (we also have multiple all-server events prepared for the occasion), so make sure to check back on our official channels.